"Life on Mars" has finally ended for six researchers cooped up for the last eight months in a mocked-up habitat made to resemble the Red Planet - but in reality, the world's largest active volcano.

The crew of four men and two women were part of a NASA-backed experiment staged in Hawaii to try and better understand the psychological impact a long-term space mission would have on astronauts.

Before their release on Sunday, September 17, they had remained in quarantine inside a dome placed on a vast plain below the summit of the Big Island's Mauna Loa.

While isolated, the group wore space suits on their simulated voyage to Mars, ate mostly freeze-dried food, and traveled around in teams when they left their small living structure to carry out a variety of tasks.

Samuel Payler, a doctoral candidate at the UK Center for Astrobiology at the University of Edinburgh, was among those taking part in the exercise.

As he emerged from the HI-SEAS (Hawaii Space Exploration Analog and Simulation), the Scot said:

"It's really gratifying to know that the knowledge gained here from our mission and the other missions will contribute to the future exploration of space in general."

Now the data they produced during their time will help NASA select individuals and groups with the right mix of traits to best cope with the stress, isolation and danger of a two-to-three year trip to Mars.

Congratulations to the University of Hawaii’s @HI_SEAS Mission 5 crew! pic.twitter.com/Gj9ezqwp9e

The US space agency has already announced that it hopes to send humans to the red planet by the 2030s.

"I mean it was phenomenal just that delicious fresh taste from home really was good," Mr. Ehrlich said.

Throughout their venture, all communications with the outside world were subjected to a 20-minute delay — the time it takes for signals to get from Mars to Earth.

"There are certainly human factors to be figured out, that's part of what HI-SEAS is for. But I think that overcoming those challenges is just a matter of effort. We are absolutely capable of it," Ms. Lark said. 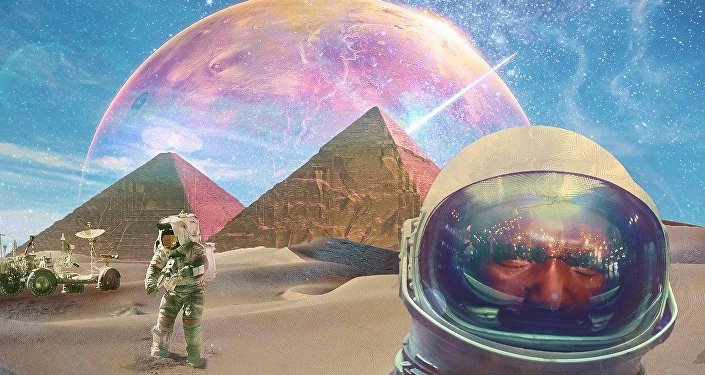 Throughout their time, the crew played games designed to measure their compatibility and stress levels and maintained logs about how they were feeling.

To gauge their moods they also wore specially-designed sensors that measured voice levels and proximity to other people in the 111-square meter living space.

They could sense if people were avoiding one another, or  if they were toe-to-toe in an argument.

"We've learned, for one thing, that conflict, even in the best of teams is going to arise. So what's really important is to have a crew that, both as individuals and a group, is really resilient, is able to look at that conflict and come back from it," said Kim Binsted, the project's lead investigator at the University of Hawaii facility.

While other Mars simulation projects exist around the world, the Hawaii researchers say the rugged Mars-like landscape on Mauna Loa is the most realistic.