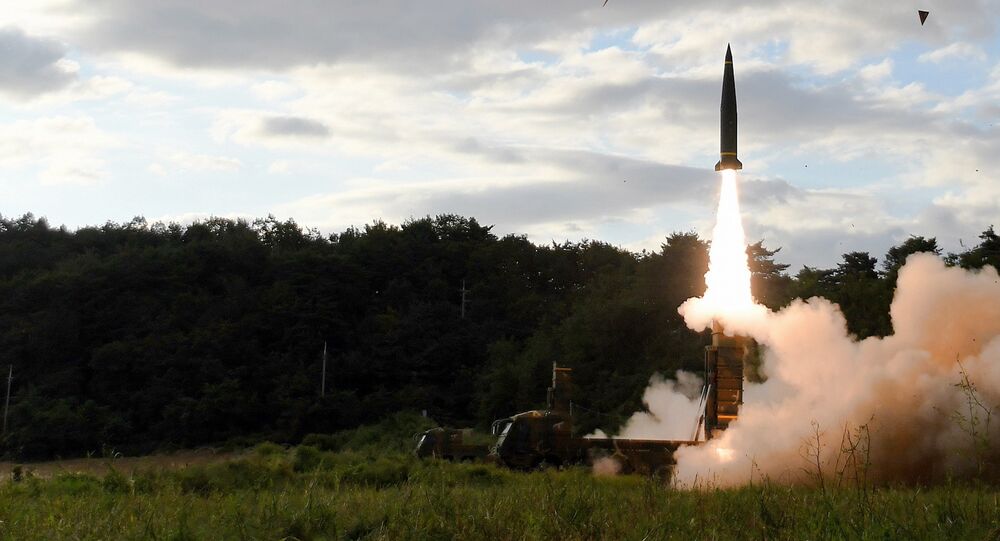 According to a poll conducted by the Gallup organization, a 58 percent of Americans supports a US military strike against North Korea if economic and diplomatic efforts fail.

WASHINGTON (Sputnik) — A 58 percent majority of Americans say they would back a US military strike against North Korea as a last resort if economic and diplomatic efforts fail to achieve US goals, according to a poll by the Gallup organization on Friday.

"This is significantly higher than the 47 percent in favor the last time Gallup asked this, in 2003," a press release explaining the poll stated.

The stated goal of US foreign policy is the complete denuclearization of the Korean peninsula and a halt in North Korea’s missile proliferation efforts.

It was not clear from the release whether unstated US objective, such as a freeze on nuclear and missile development, was included in poll respondents’ interpretation of "US goals."

The poll revealed that US attitudes about striking North Korea are as partisan today as they were in 2003, with 82 percent of Republicans in the September 6-10 survey saying they would favor military action if peaceful means fail, compared with 37 percent of Democrats.