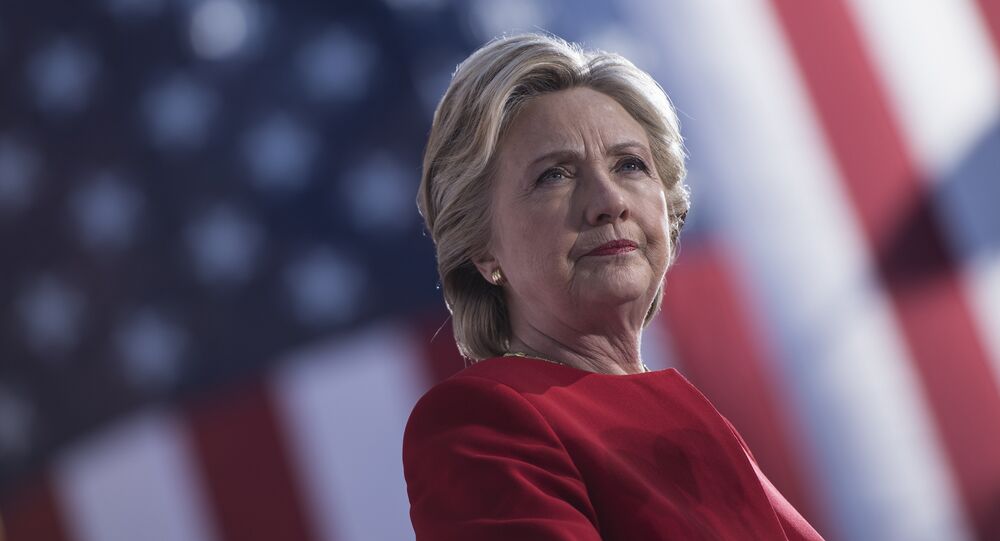 Clinton Memoir Shows Candidate Was Unable to Learn From Mistakes

Hillary Clinton's latest memoir, "What Happened," hit the shelves Tuesday, and despite the former secretary of state announcing in her November concession speech that the election was never just about her, not everyone was convinced.

Speaking to Sputnik Radio's Loud and Clear with Brian Becker, Ted Rall, an editorial cartoonist and columnist, says Clinton's "campaign was [always] about her, that's why her campaign slogan was ‘Stronger Together': in other words — shut up, Bernie people, and support me."

And yet what's even sadder, according to the cartoonist, is that the former presidential nominee's book "is merely going to feed into this narrative" that "it's still about her [which] is a big part of the reason why she lost."

"[Clinton] thought she was inevitable, but what really is just gobsmacking is that she made the same exact mistake eight years earlier during the Democratic primaries and lost to Obama," Rall pointed out. "No one thought that John Edwards or this guy who had a name that sounded like the guy who attacked [the US] on 9/11 had a chance."

"No one is owed the presidency, no one is owed political office…you'd think that after being burned so badly on 2008 that she and her advisors would've learned that lesson," Rall added.

© AFP 2021 / JIM BOURG / POOL
'What Happened': Story Worth Reading or Hillary Clinton's 'Enemy List'?
According to the columnist, instead of Clinton learning from her mistakes, she opted to play the blame game — even taking a shots at Barack and Michelle Obama.

"She was endorsed hard by Obama who worked hard, and by the way apparently gets blamed in her book [for her loss]," Rall said. "If I were Obama I'd really be feeling a bit annoyed because he and Michelle really did campaign for her very hard and pulled out the stops for [Clinton]."

For Rall, Clinton's inability is learn from both the private email server and hacked DNC emails shows a side of the politician's unwillingness to acknowledge her own mistakes and instead try to brush it under the rug.

"A lot of her gripes come down to people reporting things that she caused," Rall told Becker and co-host John Kiriakou. "It seems to me like what she complains about half the time or more than half the time is stuff that she did to herself and then she just doesn't want anyone to pay attention to them…that's just really unrealistic."

Published by Simon & Schuster, Clinton's more-than-500-page memoir is said to offer an in-depth account of her experience as the Democratic Party's presidential nominee against Republican rival now-US President Donald Trump.