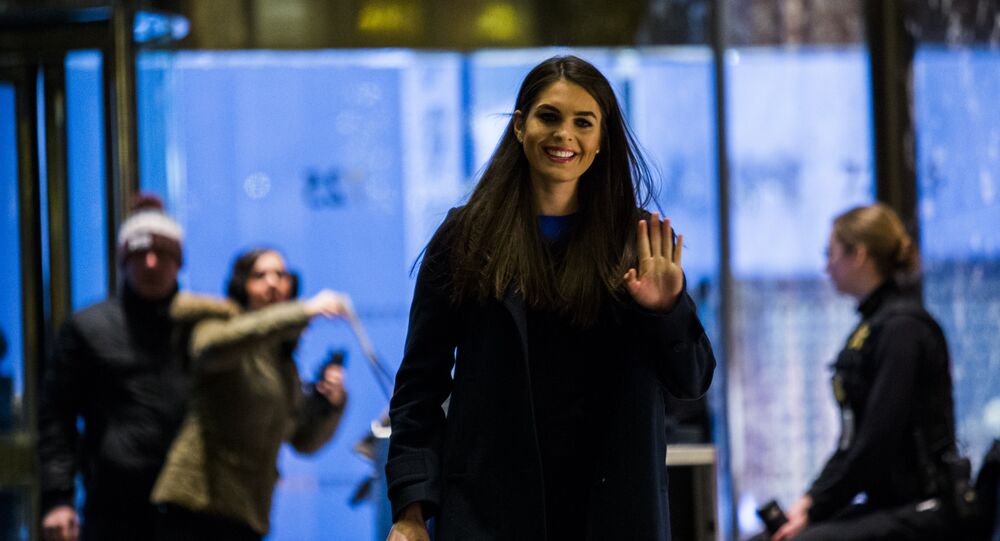 WASHINGTON (Sputnik) — A longtime aid to US President Donald Trump, 28-year-old Hope Hicks, was appointed to be the next White House communications director, Executive Assistant to President Madeleine Westerhout revealed in a statement on Tuesday.

Trump named Hicks the interim communications director on August 16 after Anthony Scaramucci was fired less than two weeks after taking the job.

Very excited for Hope Hicks! She will do a fantastic job as White House Communications Director!

Hicks was Trump’s director of strategic communications, she also served as his press secretary at the start of the presidential campaign.

​In late July, White House spokesman Sean Spicer resigned over his disagreement with Trump's decision to appoint financier Anthony Scaramucci as new communications director. Scaramucci left his post after just ten days in office to allow the Trump cabinet led by Chief of Staff John Kelly to have a clean slate and the ability to build his own team.

US media reported in August that Trump's long-time aide Hope Hicks would serve as the interim White House Communications Director until a permanent replacement.