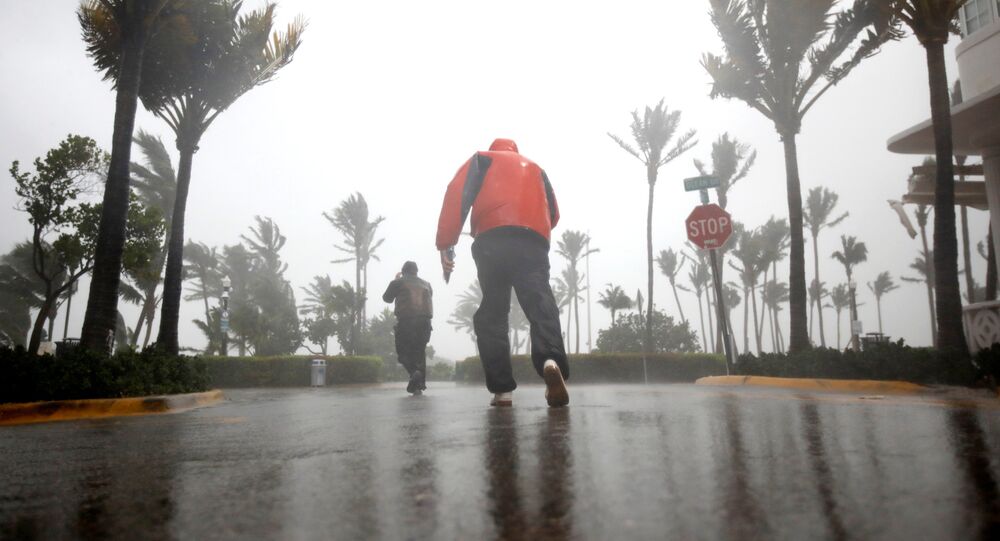 At least 54,000 people have been "interested" in a Florida citizen's Facebook call to fire guns at Irma, the most intense hurricane to appear over the Atlantic in the past decade.

Ryon Edwards, a 22-year-old Floridian, said that a "combination of stress and boredom" prompted him to post a call on his Facebook page to shoot guns at Hurricane Irma.

"So this goofy looking windy…Irma is pulling up on us; let's show Irma that we shoot first," he wrote.

He admitted in an interview with the BBC that "the response is a complete and total surprise to me."

"I never envisioned this event becoming some kind of crazy idea larger than myself. It has become something a little out of my control," Edwards said.

To clarify, DO NOT shoot weapons @ #Irma. You won't make it turn around & it will have very dangerous side effectshttps://t.co/CV4Y9OJknv

Pasco police, based in central Florida, were quick to warn of serious consequences for anyone 'goofy' enough to fire a gun at the hurricane.

The police were echoed by a whole array of Twitter users, who did not mince words when reacting to Edwards' call.

Wow these ppl are really out of their freaking mindhttps://t.co/KGhd0Y3DCe

Some expressed surprise over the fact that tens of thousands of people showed interest in Edward's offer.

A joke, but a dumb joke.
Florida gun owners encouraged to 'shoot the storm' and fire their guns at Hurricane Irma https://t.co/Dtt01yQcy2

Many preferred to react to Edward's call in the context of Pasco police's warning.

26,000 Floridians have signed up to shoot at Hurricane Irma. 53K others are "interested". Oh, Florida man!

According to US National Hurricane Center, Irma has been reclassified, upgraded to Category 4 as it continues to move closer to Florida's coast.

The National Weather Center in Jacksonville, Florida, has updated the threat categories for the state, warning that massive rainfall and strong winds would be widespread.

I am no longer from the dumbest state https://t.co/aEvvjNOKRc

Meanwhile, Governor Rick Scott is urging local residents to stay "indoors and away from windows" as Irma approaches.

'Stay Safe and Rock On': US Braces for Imminent Landfall of Hurricane Irma