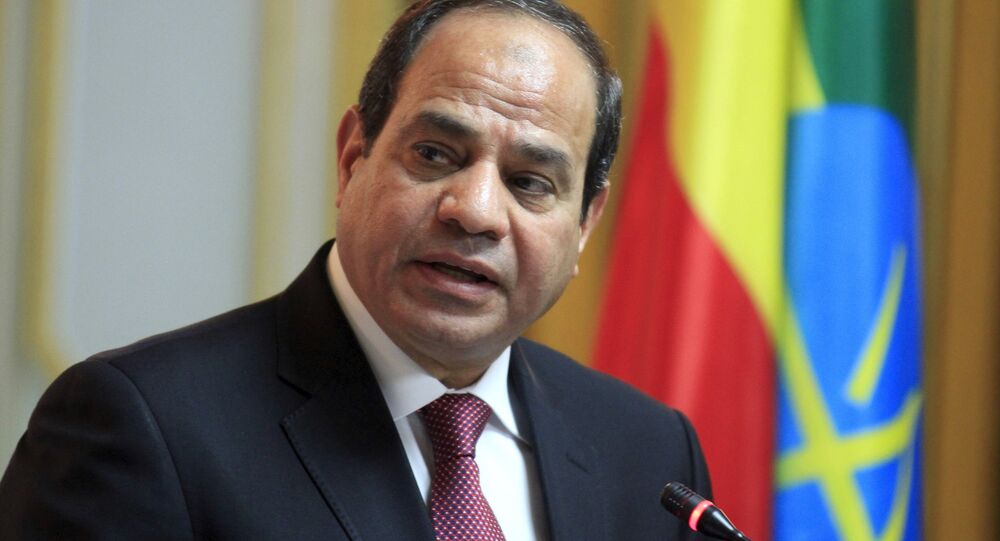 Lawmakers also want to slash $37 million from economic aid according to Sen. Patrick Leahy’s (D-VT) summary of the 2018 fiscal year bill. Leahy is the top Democrat on the Appropriations Subcommittee, which oversees foreign assistance.

The bill was passed unanimously by the subcommittee and on Thursday will be taken up by the full Senate Appropriations Committee.

After the vote, Leahy told Al-Monitor in an email that "There is growing concern in the Congress, and the administration, with the repressive policies of the al-Sisi government," referencing Egyptian President Abdel Fattah al-Sisi.

"The United States and Egypt have a long history of cooperation, which we want to see continued," he wrote. "But it is important for the Egyptian people to know that the United States supports freedom of expression, of association and of due process, and when these rights are systematically violated there is a consequence."

With the State Department reportedly cutting $95.7 million in economic and military aid recently, and withholding foreign military financing to the tune of an additional $195 million until Cairo’s human rights issues are addressed, the Senate’s vote is in line with President Donald Trump’s pushback on Egypt, though his administration is still generally supportive of Sisi.

This year, Egypt would lose $112 million in economic aid under the Senate’s proposal, bringing it down to $75 million in the 2018 fiscal year. The State Department wants to follow suit, but appropriators in the House want to increase economic aid to $150 million.

According to Danielle Smoot, communications director for House Foreign Aid Panel Chair Rep. Hal Rogers (R-KY), "While we don't comment on the Senate's appropriation products, the House bill reinforces Chairman Rogers' commitment to Egypt as an ally and strategic partner."

Graham called the bill "draconian," criticizing Egypt’s "undemocratic" trajectory. "Civil society seems to be deteriorating, their economy is lacking and I really worry about a consolidation of power in a way that's basically undemocratic," he said.

The move coincides with a Human Rights Watch report released Thursday that speaks of an "assembly line of torture," under the Sisi government, under which political dissidents are subject to rape and electrocution.

‘The Policies Are Incoherent’: Why Did Washington Suddenly Cut Aid to Egypt?