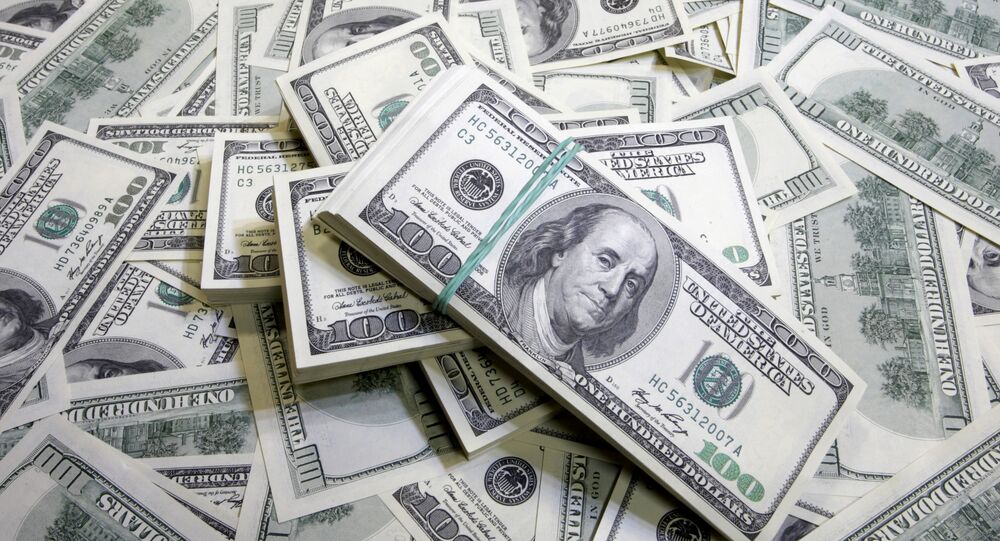 With Texas residents still reeling from Hurricane Harvey and another, even stronger hurricane, approaching Florida, reports that the Federal Emergency Management Agency is about see double zeros in their bank account is putting officials on alert.

According to Bloomberg, FEMA's Disaster Relief Fund held $1.01 billion Tuesday, with $541 million designated as "immediately available" for Hurricane Harvey relief efforts. With Harvey deemed one of the most costly hurricanes in US history, the outlet noted the government is spending $9.3 million an hour.

"If it's down to $1 billion or less, then I would say there's a great concern," Elizabeth Zimmerman, FEMA's former associate administrator for recovery efforts, told Bloomberg Tuesday. "Congress need to take action very quickly."

With only three of 422 lawmakers voting no on the aid, the package is headed to the US Senate where Florida's Senators Marco Rubio and Bill Nelson are urging officials to also consider the Category 5 hurricane expected to slam into the Sunshine State. Both officials fear FEMA won't have enough funds to respond to Hurricane Irma's destruction if it does indeed strike the US' southeast coast.

The House-approved funding will send $7.4 billion to FEMA and $450 million to the Small Business Administration's disaster loan program. Until funds have been dispersed, FEMA has restricted its spending to only "immediate needs," which it considers "lifesaving, life sustaining response efforts" for Harvey and Irma.

Irma, one of the strongest storms recorded in the Atlantic and the strongest ever recorded outside of the Caribbean, has already pummeled the northern Virgin Islands and is currently making its way toward Puerto Rico. With winds measured at 185 mph, meteorologists say the Category 5 storm may likely land on Florida sometime between Sunday and Monday.

​A state of emergency has already been declared in Florida, Georgia and South Carolina as residents are beginning to leave their homes or stock up on supplies.

With the peak of hurricane season just around the corner, Hurricane Jose, currently gaining strength in the Atlantic, is also expected to pose a concern, following closely on the heels of Irma.

Hot on the Heels of Harvey: Powerful Hurricane Irma Headed To US