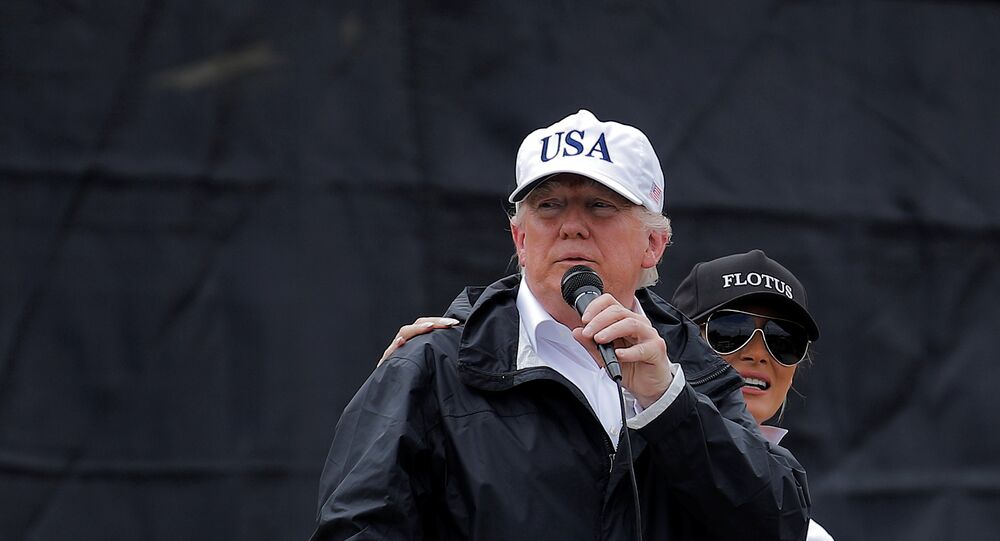 The recent poll showed the split between the US Democrats, who believe Trump failed to adequately contribute to Hurricane Harvey's relief, and the Republicans, who totally disagree with this issue.

WASHINGTON (Sputnik) — Majority Democrats in the United States say they believe President Donald Trump has not done enough regarding relief in the aftermath of Hurricane Harvey, while most Republicans have the opposite opinion, a newly published poll revealed on Wednesday.

Only 21 percent of self-identified Democrats believe Trump has adequately contributed to disaster relief, compared to 73 percent of Republicans who say so, according to Morning Consult/Politico poll.

The survey found that, overall, 43 percent of voters in the United States say Trump is doing enough, while 40 percent say they believe he is not.

Trump first visited Austin and Corpus Christi in US state of Texas on August 29 in the wake of Hurricane Harvey. The president returned to the area on September 2 when he visited Houston, Texas and Lake Charles, Louisiana.

​The poll was conducted August 31-September 3 among nearly 2,000 registered voters and has a margin of error of plus-minus 2 percent.