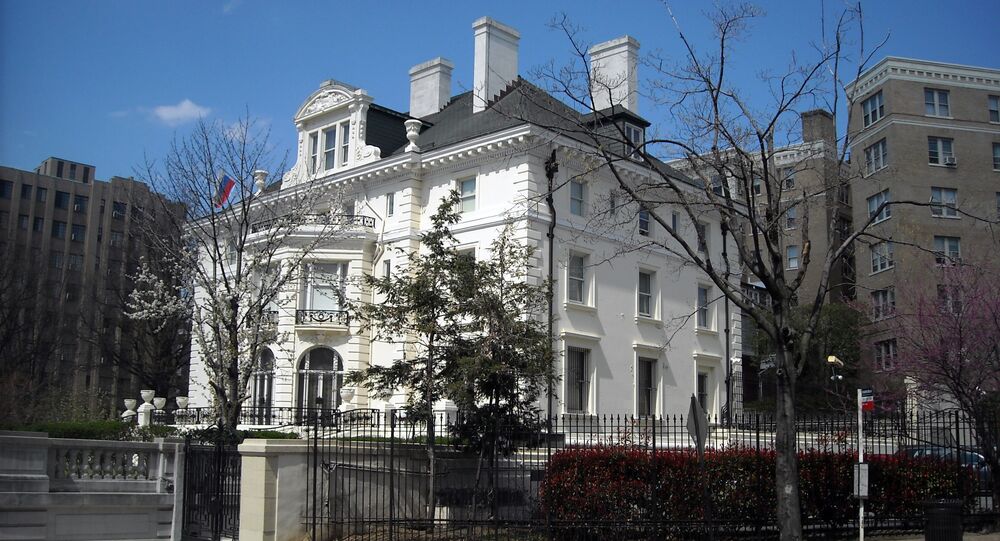 Head of Russian Trade Mission in the United States Alexander Stadnik described the searches of the mission's premises in Washington, DC that began on Saturday as an "illegal seizure," saying that they are violating international law.

WASHINGTON (Sputnik) — The searches have begun in the Russian Trade Representation in Washington, a Sputnik correspondent reported on Saturday.

"We have seen a glaring example of the violation of international norms, the illegal seizure of Russian property. We, of course, did not expect such uninvited guests," Stadnik said.

Stadnik added that Russia's trade mission has "worked around the clock to do everything possible to be able to continue our work in the Russian Embassy."

© AFP 2020 / Josh Edelson
San Fran Consulate Scandal: 'Washington Wants to Turn Diplomacy Into a Farce'
Commenting on the searches, Press Secretary of Russian Embassy Nikolay Lakhonin said the embassy workers were allowed to be present during the searches of the premises of the Russian Trade Representation in Washington.

The news about the searches was made public by the Russian Foreign Ministry on Friday. The ministry stated the US security services planned to carry out searches in the Russian Consulate General in San Francisco, including its employees' apartments. The US State Department declined to comment on the information.

The revelation came a day after the State Department announced the United States had required the Russian government to close three diplomatic facilities by September 2. Per the US demand, Russia must close its consulate-general in San Francisco and trade missions in New York and Washington, DC.