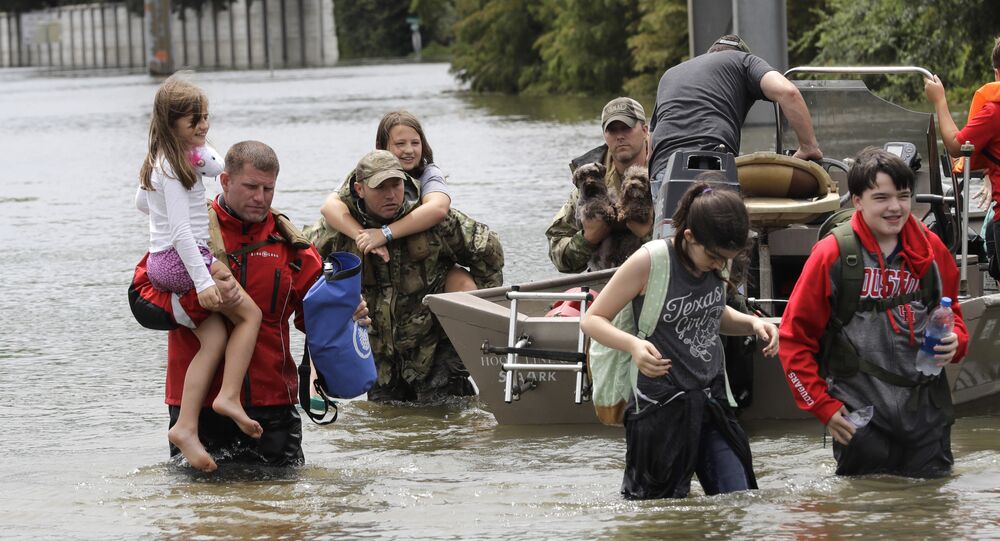 Wanting to help out Texas, Christine St-Pierre, Canada's minister of international relations, offered to give the flooded state supplies, but it turns out Texas officials think the state only needs spiritual succor.

Rolando Pablos, the Lone Star's secretary of state, was offered blankets, beds, pillows, hygienic products and even electrical crews, but for some reason declined the aid and asked instead for "prayers from the people of Québec," according to CBC News. He did, however, say he was "touched" by the gesture.

"It was a conversation about how devastating the situation is and we want to express our support to the people of Texas," St-Pierre said.

The Canadian wanted to make sure Pablos knew they could lean on their friends to the north in hard times. "They are our friends, this is what friendship means," St-Pierre said. "When you are friends, you call and say, ‘Do you need help?' and this is what it is."

© REUTERS / Jonathan Bachman
Over 300,000 in Texas Affected by Hurricane Already Applied for Assistance
Though this aid being rejected, St-Pierre indicated its Hydro-Québec electrical crews, which are part of a mutual assistance group connecting electrical utilities in North America's northeast region, had been offered and accepted back in 2005, when they sent roughly 250 crews to help out in the aftermath of Hurricane Katrina.

"Our crews are well equipped and they have good knowledge of the grid so they can help to restore and rebuild the distribution lines," Louis-Olivier Batty, a spokesperson for Hydro-Québec, informed the outlet.

Batty emphasized that the crews "can do a lot of different work."

Hydro-Québec also lent a hand in 2012 when Hurricane Sandy caused more than 8 million power outages in US East Coast states. They sent 150 crews to assist in the 25-day restoration effort.

With no indication on why Pablos turned down the help, some critics have speculated the decision might have to do with Texas not having the space to store the resources or an effective manner to distribute them.