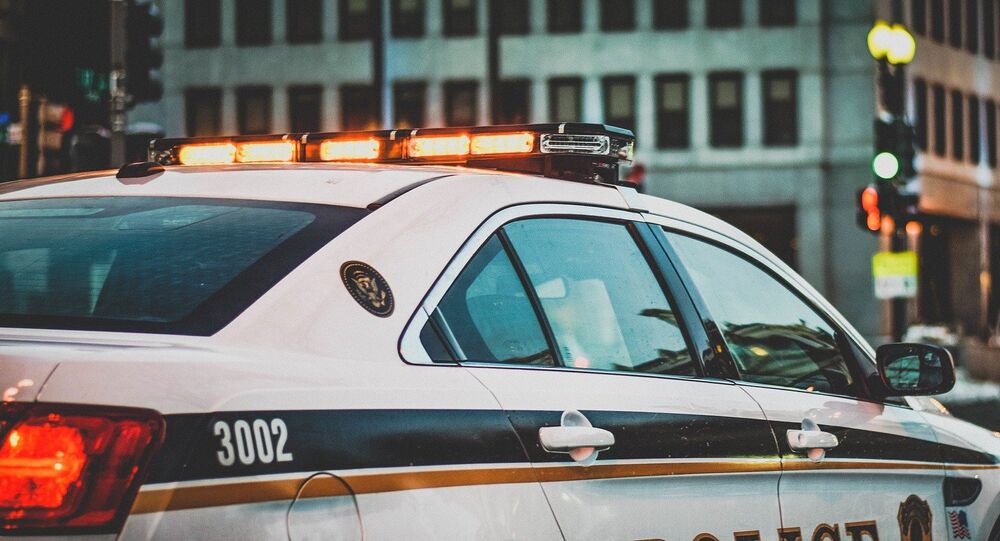 Fuel to the Fire: US Cop Seen on VIDEO Saying 'We Only Kill Black People'

Against the backdrop of the ongoing debate about endemic racism and brutality in the US police force, as well as President Trump's decision to militarize the police along with the clashes in Charlottesville, a video captured an American cop saying "we only kill black people" to a white female driver.

A dash cam video showed police officer Greg Abbott from Georgia talking to a white woman during a DUI traffic stop in July 2016, according to media reports.

The woman can be heard telling Abbott that she was afraid to put her hands down to reach for her mobile phone because she "has seen way too many videos" of police-involved shootings.

According to the latest information, Abbott submitted his resignation.

Fox News earlier quoted Cobb County Police Chief Mike Register as saying that Abbott will be fired in connection with the incident.

You gotta be really comfortable to say "We only kill Black People" while the dash cam is rolling.
pic.twitter.com/m50TClF3Sd

"I have known Lt. (Greg) Abbott for years and perceived him as honorable, but he's made a mistake. I don't know what is in his heart, but I know what came out of his mouth. We recommend that he be terminated and we are moving forward on that," Register said.

At the moment, the debate about police racism and brutality, intensified by the Ferguson unrest in 2014-15 and partly calmed by Obama's ban on arming police officers, was once again fueled by the Charlottesville clashes and Trump's decree to militarize the police.

I'm not defending this man at all. What he said was stupid but it had a hint of sarcasm. "We only kill black people, right?"

On Monday, the US President signed an executive order lifting the Obama administration's ban on the Department of Defense 1033 program, which envisaged delivering military equipment to local and state police.

The restrictions came in response to a public outcry over the use of heavy military equipment by US law enforcement officers, as well as police racism and brutality during the 2014 protests in Ferguson, Missouri.

Why do white people always justify cop's stupidity? "We only kill black people" was not a joke, the cop wasn't being sarcastic. #GregAbbott

The Ferguson unrest erupted three years ago after the fatal shooting of an African-American teen, 18-year-old Michael Brown, by police officer Darren Wilson on August 9, 2014.

The Black Lives Matter (BLM) movement, formed in response to the acquittal of white neighborhood watch captain George Zimmerman who shot dead African-American teen Trayvon Martin in 2012, constituted the core of the violent protest that swept across over 170 US cities with thousands taking to the streets.

Although Obama's ban on arming the police temporarily assuaged the debate on US police brutality, it gained a second wind after clashes during a white supremacist rally in Charlottesville on August 11-12.

© AP Photo / Charlie Riedel
Trump's Lifting Ban on Military Gear: 'People Are Going to Get Killed'
The event, protesting the demolition of a statue of Confederate icon general Robert E. Lee, provoked fierce brawls between right-wing movement participants and counter-protesters. As a result of the clashes one woman died and nearly 20 others were injured.