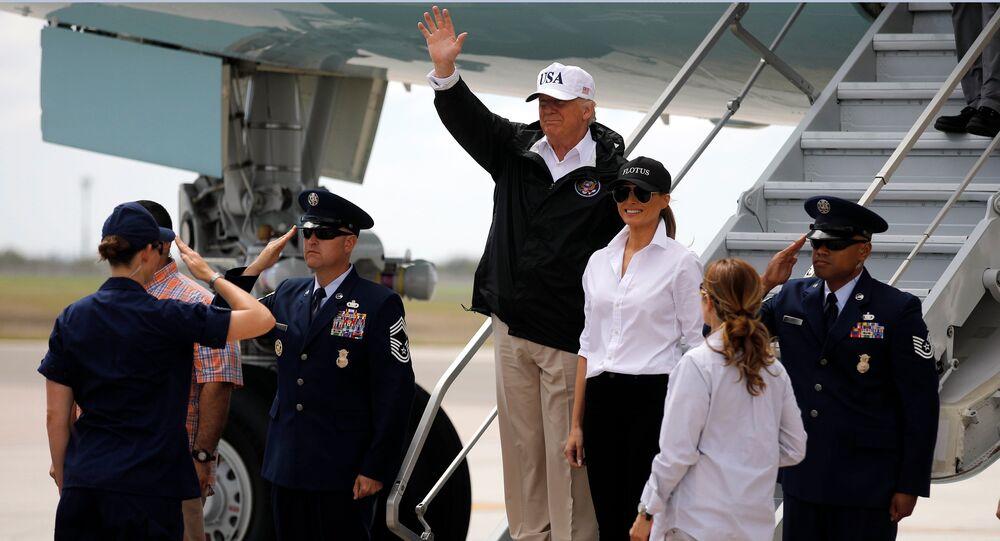 Sanders said she didn't know whether Trump himself or the Trump Organization will be responsible for fulfilling the pledge.

Trump apparently told Sanders that since the reporters in the White House press corps are such savvy researchers, they should dig up a list of the best organizations to contribute the money to, and that will determine which charity receives the president's contribution.

​The 45th president also pledged to give up his salary as president and donate it to charity — but it took months of media pressure before the White House would provide details proving that Trump had actually donated his paycheck.

Trump wound up sending the first $78,00 check he earned to the National Park Service and his second check of $100,000 to the Department of Education. A Freedom of Information Act request made by USA Today discovered the president intends to deduct his donations from his federal income taxes. During the campaign, Trump often bragged about his ability to avoid paying taxes, but relying on donations to natural disaster relief as a vehicle for that aim would take the situation to a new depth.

An investigation led by The New Yorker discovered that despite describing himself as a philanthropist, public records over the past 25 years show "he has given away less than $5 million of his own money." If one grants that Trump is worth what he says he is — more than $10 billion — then Trump has donated just 0.05 percent of his wealth to good causes, or roughly five cents for every $100 to his name, The New Yorker noted.