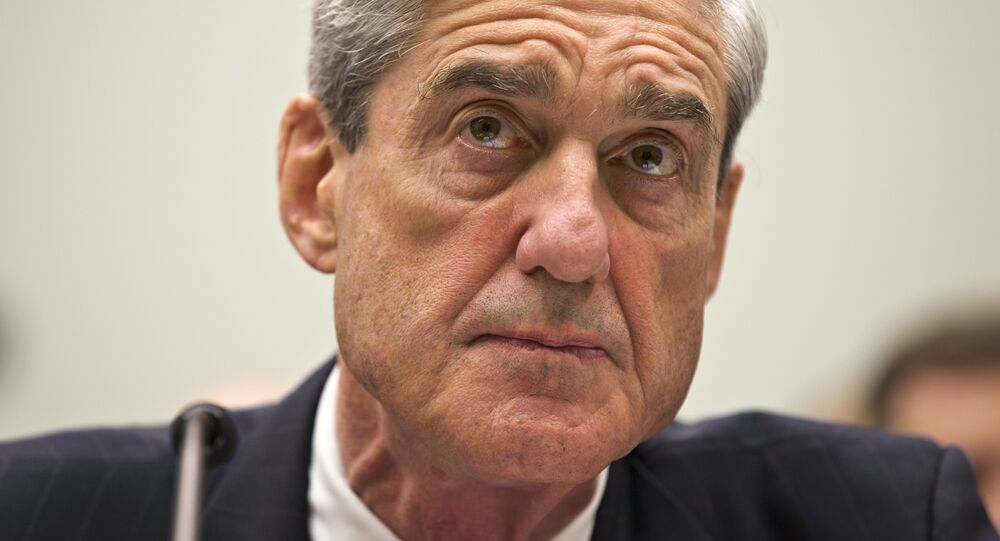 A US Congressman is pushing a provision that would curtail Mueller's investigation into Russia's alleged interference in the election.

WASHINGTON (Sputnik) — US Republican Congressman Ron De Santis has proposed an amendment to halt funding for Special Counsel Robert Mueller's probe into Russia's alleged interference in the 2016 within six months.

"None of the funds made available by this Act may be used to fund activities pursuant to Department of Justice order 3915-2017, dated May 17, 2017 and relating to the appointment of a special counsel, later than 180 days after the date of the enactment of this Act, or for the investigation under that order of matters occurring before June 2015," text of the amendment revealed on Monday.

© AP Photo / Dmitri Lovetsky
Trump Says Working With Mueller on Russia Probe, Denies Any Election Collusion
De Santis has proposed that the amendment be attached to a government spending package that the US House of Representatives will consider when it returns from recess next week.

It remains unclear whether the provision will be approved by the House Rules Committee, which has the authority to discard amendments that it considers out of order.

Mueller heads the US Justice Department's investigation into alleged Russian interference in the US election, as well as possible collusion between US President Donald Trump's campaign team and the Kremlin.

Moscow denies interfering in the vote, and Trump has rejected allegations of collusion, dismissing Mueller's probe as a "witch hunt."

US-Russian Relations: Why US 2018 Congressional Elections May Change Everything

All Necessary Precaustions Made for Transparent Russian Presidential Election