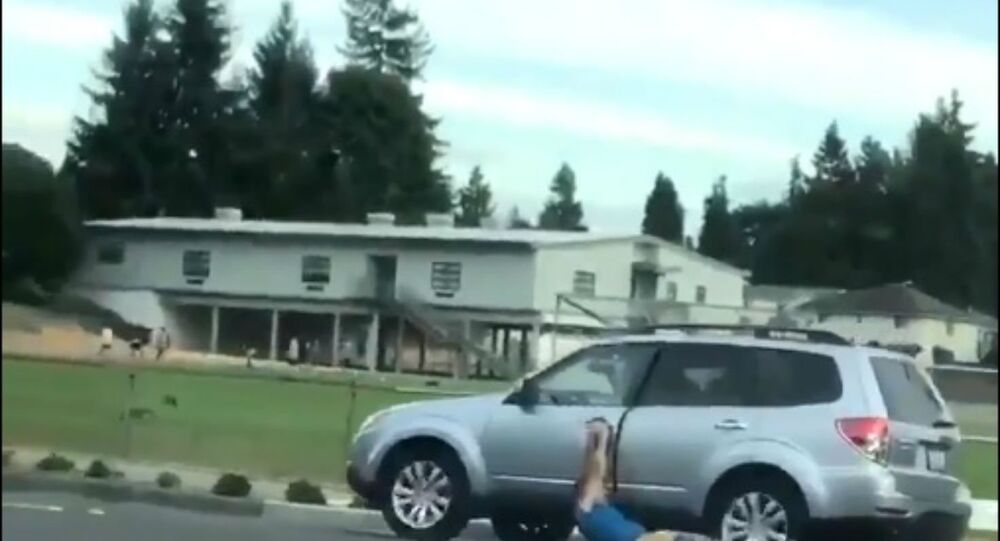 Videos posted to Twitter Friday show a man being dragged alongside a car he attempted to steal.

The attempted carjacking took place near an elementary school in Kent, Washington, and the would-be thief can be seen in the 39-second video being pulled by the sport utility vehicle with his hands stuck in the door handle.

As the SUV slows and comes to a stop the man attempts to get up, nearly pantsless and much the worse for wear. Undeterred, he tries to get into the vehicle again and is dragged another short distance.

Police told local media that others were attacked by the suspect and suffered minor injuries.

Authorities say the man is a suspect in several other carjackings and has been arrested and that the incident is under investigation.

The Kent Police Department wrote on Twitter, "Don’t try and carjack people. If you do, let go if they drive off."