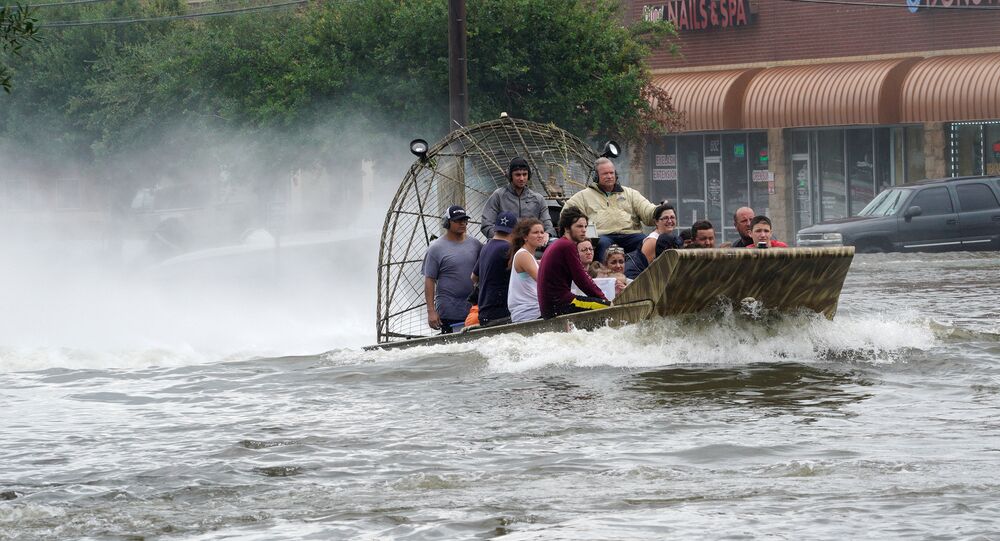 WASHINGTON (Sputnik) — President Donald Trump will not visit the city of Houston during his trip to Texas on Tuesday to survey damage caused by hurricane Harvey, Governor Greg Abbott said in an interview.

"The place he will be going to will not be Houston so [he] will not be getting into harm’s way or interrupting the evacuations or emergency response in the Houston area," Abbott told CBS News on Monday. "He most likely will be going closer to where the hurricane hit land."

© REUTERS / Joe Penney
Trump Declares Emergency Situation in Louisiana Due to Hurricane Harvey
On Sunday, the White House announced Trump's plans to visit Texas, but has not yet specified where he is going in the state.

Moreover, President Donald Trump's cabinet has been providing exceptional level of assistance to the US state of Texas after hurricane Harvey hit the area, Governor Greg Abbott added.

"The engagement and response by the president, the White House, by his Cabinet, and by the FEMA [Federal Emergency Management Agency] have been actually remarkable," Abbott told CBS News. "They provided everything that we need. Whenever Texas asked for anything, the answer was yes."

The governor also said local authorities have been in constant contact with federal authorities and continue closely cooperating on assisting people affected by the hurricane.

However, Abbott emphasized that FEMA has said the current efforts are only the beginning of a very long recovery process in Texas.

© REUTERS / Adrees Latif
Trump Praises US Authorities' Rescue Measures Amid Harvey Hurricane
The governor added there are still a number of issues that must be addressed in the recovery process, including providing food, blankets and other emergency items to evacuees.

On Sunday, the US National Hurricane Center said Harvey continued to pose a deadly threat despite the fact it was gradually weakening. US media reported that three people died in Aransas County and local authorities in Houston and Rockport reportedly confirmed two deaths. The National Hurricane Center has downgraded Harvey to a tropical storm, but as much of 30 inches of rain has already fallen in the Houston area. The National Weather Service says the city can expect another 15-25 inches of rain over the next several days.