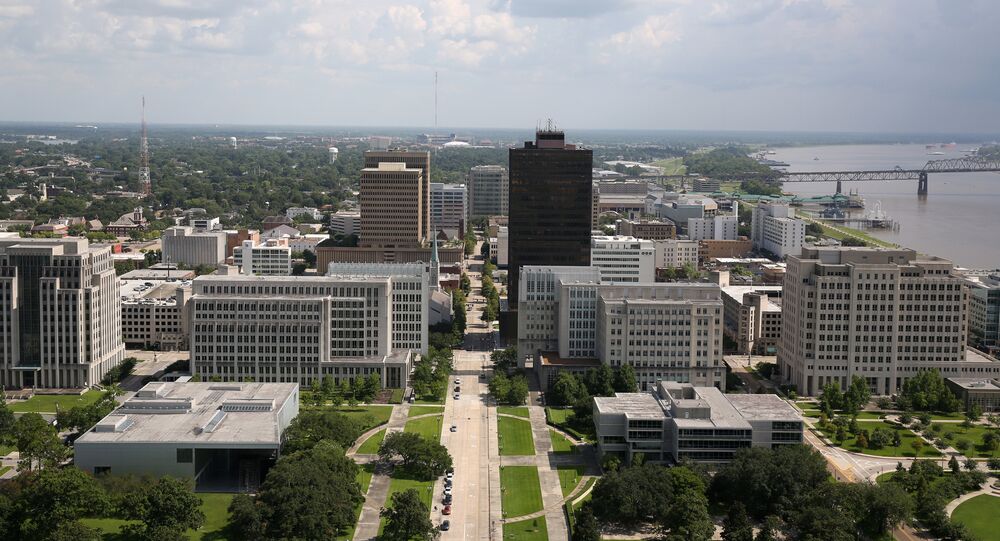 US President Donald Trump declared an emergency situation in the state of Louisiana due to emergency conditions amid Hurricane Harvey.

WASHINGTON (Sputnik) — US President Donald Trump has declared a federal emergency in the US state of Louisiana due to the effects of tropical storm Harvey, the White House said in a press release on Monday.

"Today, President Donald J. Trump declared that an emergency exists in the State of Louisiana and ordered federal assistance to supplement state, tribal, and local response efforts due to the emergency conditions resulting from Tropical Storm Harvey beginning on August 27, 2017, and continuing," the release stated.

© REUTERS / Adrees Latif
'Such a Good Boy': Texas Dog Preparing for Hurricane Harvey Becomes Local Hero (PHOTOS)
The release said that the declaration will allow federal authorities to coordinate all disaster relief efforts in the state.

Louisiana Governor John Bel Edwards requested the disaster declaration for five parishes in the southwestern part of the state. Forecasters said they believe those areas could receive 10-20 inches of rain, which could require search and rescue efforts as well as shelters.

The US Gulf Coast has been battered by Hurricane Harvey since Saturday. On Sunday, the US National Hurricane Center (NHC) said Harvey continued to pose a deadly threat despite its gradual weakening, with media reporting about the death of three people in Aransas County. Local authorities of Houston and Rockport have reportedly confirmed the two deaths.

Harvey was downgraded from a hurricane to tropical storm by the NHC late on Saturday. Harvey is the largest storm to hit the United States since the destructive Hurricane Katrina in 2005.