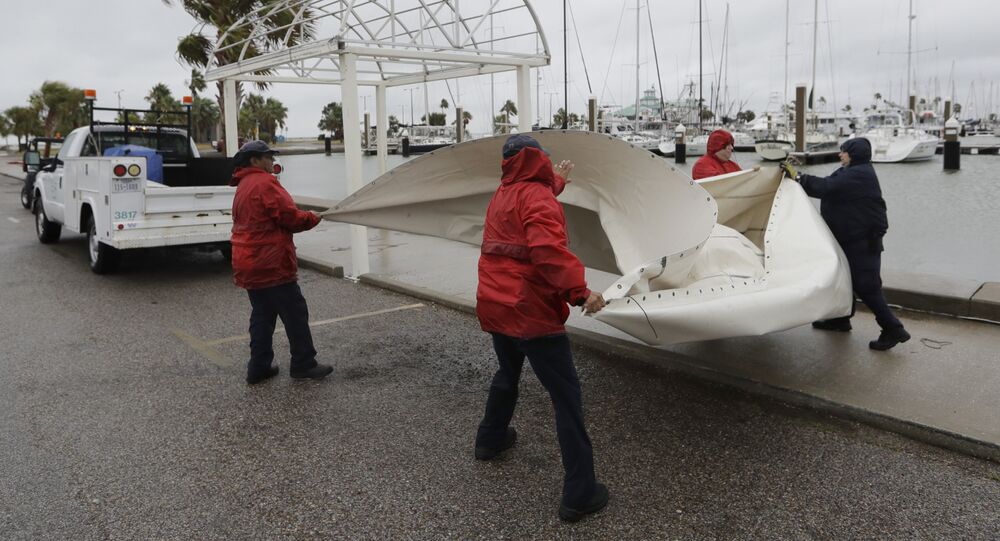 US Department of Defense announced that Texas Army and State National Guard have been mobilized and positioned at points where they can best conduct search and rescue once Hurricane Harvey passes through.

WASHINGTON (Sputnik) – The Texas Army and State National Guard have been mobilized and positioned at points where they can best conduct search and rescue once Hurricane Harvey passes through, the US Department of Defense announced in a press release.

"At the request of Gov. Greg Abbott through the Texas Division of Emergency Management, about 700 members of the Texas Army National Guard and Air National Guard and the Texas State Guard with the Texas Military Department have been activated and are pre-positioning throughout the state ahead of Hurricane Harvey and its anticipated landfall," the release said on Friday.

© Photo : Pixabay
Harvey to Come Ashore as a Category 3 or 4 Hurricane Within Days (PHOTOS)
The Defense department said H-60 Black Hawk and UH-72 Lakota helicopter air crews remain in position and on standby in the cities of Austin and San Antonio "to assist with emergency search and rescue, swift-water rescues and emergency evacuations."

The Texas State Guard, distinct from the National Guard, have also been activated and will provide local shelter operations and electronic tracking network (ETN) assistance in areas affected by the hurricane, according to the release.

ETN refers to the tracking of those displaced by an emergency who are outfitted with a wrist band with a barcode on it that lets the state authorities track the location of evacuees.

The National and State Guards units are prepared to conduct swift-water rescues, high-water ground transportation and evacuation, the release said.