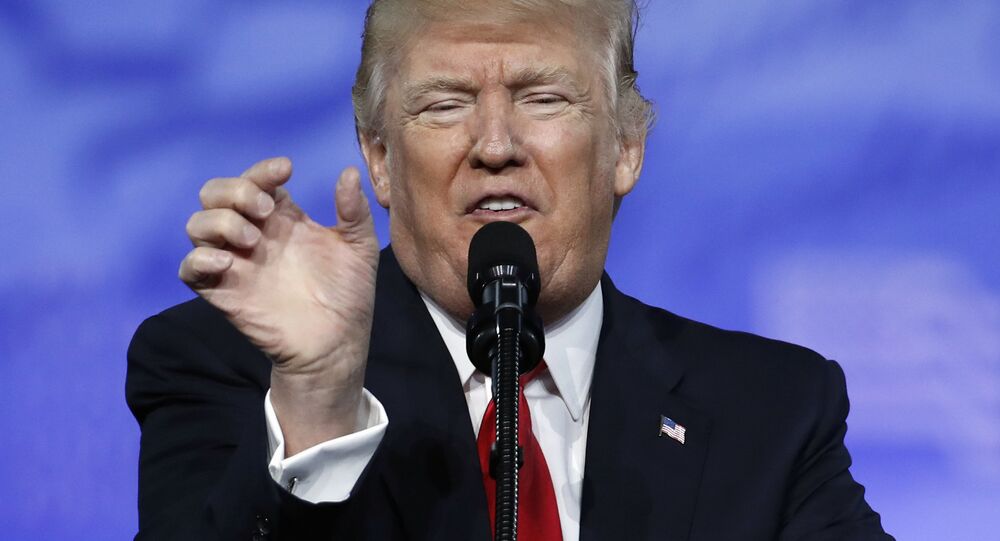 71 percent of US voters do not believe President Donald Trump is behaving the way a president is expected to behave and are concerned, according to the poll.

WASHINGTON (Sputnik) — A considerable majority of US voters do not believe President Donald Trump is behaving the way a president is expected to behave and are concerned, a new George Washington University Battleground Poll revealed on Thursday.

© AP Photo / Pablo Martinez Monsivais
Trump's Approval Rating Hits New Low After Charlottesville Violence - Poll
The poll found US voters were more pleased with the way Trump is handling the economy, with 50 percent approval, but foreign affairs were negative areas for Trump with 53 percent disapproval for how the North Korea situation is being handled.

The margin of error for the poll is 3.1 percentage points.