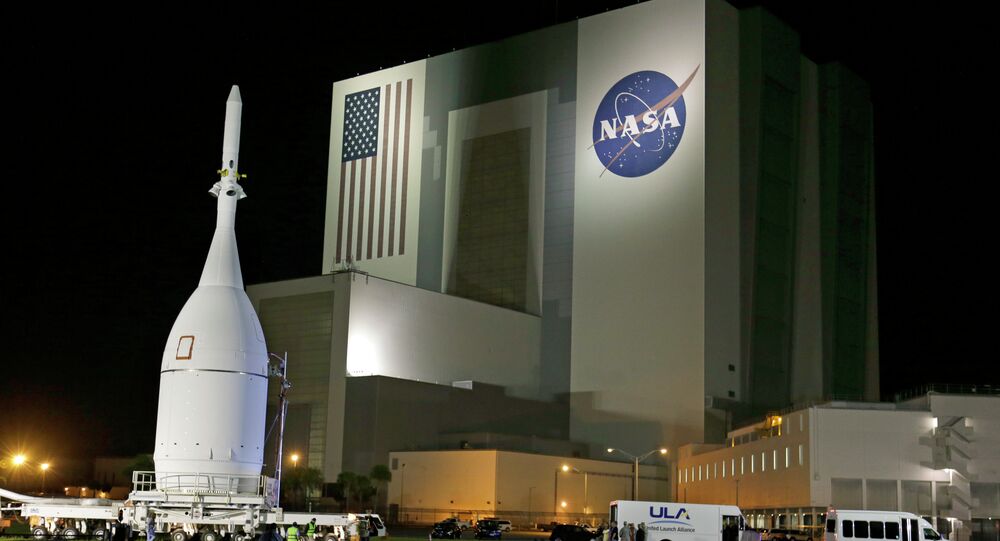 Lockheed Martin and NASA have powered up the Orion spacecraft at the Florida Kennedy Space Center, the company’s vice president Mike Hawes said in a release on Tuesday.

WASHINGTON (Sputnik) — Lockheed Martin and NASA have powered up for the first time the Orion spacecraft at the Kennedy Space Center in Florida, the company’s vice president Mike Hawes said in a release on Tuesday.

"Orion was designed from the beginning to take humanity farther into space than we've ever gone, and to do this, its systems have to be very robust and reliable," Hawes stated.

© NASA . Goddard Space Flight Center
NASA Launching Huge Bacteria-Filled Balloons During Solar Eclipse on Monday
Orion will be the first module designed for human spaceflight to fly more than 40,000 miles beyond the Moon.

The spacecraft is expected to depart on a nearly three-week journey dubbed Exploration Mission-1.

"Although astronauts will not fly in this capsule on this flight, a large majority of the subsystems and avionics are the same design that astronauts will rely on during following missions with Orion into the solar system,’ the release said.

The module will ultimately transport humans to interplanetary destinations such as the Moon and eventually Mars, according to Lockheed Martin.