Most Americans Against Washington, Jefferson Names Removal After Charlottesville

According to a poll, most of Americans oppose renaiming the US capital of Washington and monuments to the nation’s founding Presidents George Washington and Thomas Jefferson amid controversy concerning Civil-War era statues in the United States following Charlottesville violence.

WASHINGTON (Sputnik) — Just 7 percent favor the removal of the two president’s names, typically because they both owned slaves, the release added.

"A new Rasmussen Reports national telephone and online survey finds that 88 percent of likely US Voters oppose removing the names of Washington and Jefferson from public places and taking down statues in their honor," a press release announcing the poll said. 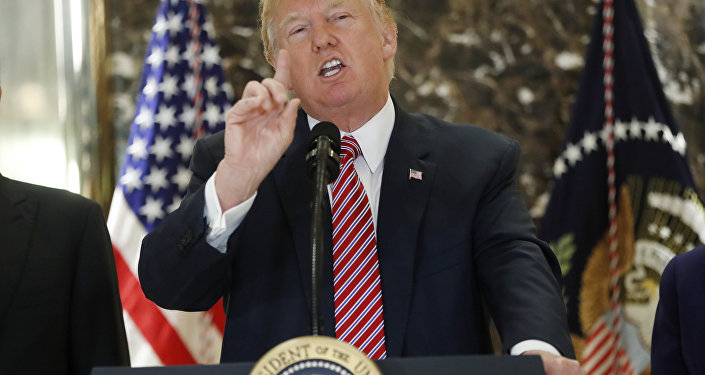 © AP Photo / Pablo Martinez Monsivais
Trump Blasts Alt-Left 'Troublemakers' For Their Part in Charlottesville Riot
Ninety percent also opposed the closing or changing of the ionic Mount Rushmore monument of Presidents Washington, Jefferson, Lincoln and Theodore Roosevelt carved into a mountain because two of the four presidents it honors were slave owners, the poll noted.

The controversy arised following violence at a rally in Charlottesville, when the clashes between far-right nationalists protesting the removal of a monument dedicated to Confederate Gen. Robert E. Lee with counter-rally participants resulted in a car ramming attack, killing one woman and causing many injuries.

When commenting on the Charlottesville events, US President Donald Trump suggested that tearing down statues of figures such as Confederate Army General Robert E. Lee begs the question of whether Thomas Jefferson's and George Washington's statues should be torn down as well.

In a separate but related survey, Rasmussen Reports found that 28 percent of likely voters said they believe removal of Confederate monuments will improve race relations in the United States, while 39 percent said they believe a monument purge will increase tensions.