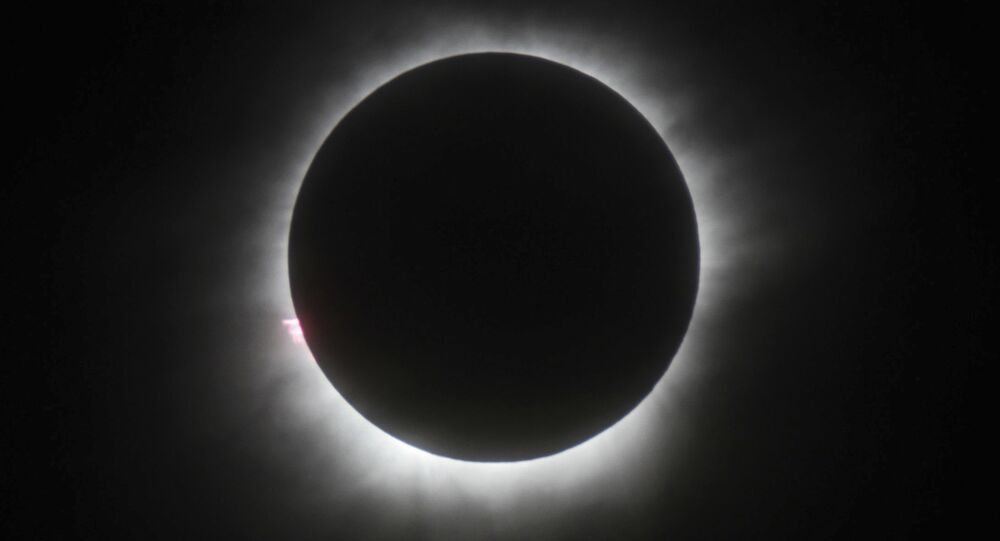 The upcoming solar eclipse will lure US workers out of their workplaces for a fraction of the day, thus wasting money the employers are spending on labor, resulting in a dent to already-low US productivity.

Kristian Rouz — Many US cities are projecting significant economic gains from the upcoming solar eclipse due to the influx of tourists who want to see this amazing natural phenomenon. However, the core sectors of the US economy, from manufacturing to finance, are bracing for losses in output and overall worker productivity for the day, with total losses projected at $700 million for all US employers.

The eclipse will visible from many parts of the US, from Oregon to Nebraska to Tennessee to South Carolina, and it will last for roughly 20 minutes at most locations as the Moon passes in front of the Sun, casting its shadow on the Earth. These 20 minutes are time lost in productivity, already dismally low in the US, which means that US employers could lose as much as $694 million, a report from the Chicago, IL-based career firm Challenger, Gray & Christmas, found.

Gillian Flaccus
An advertisement for a festival built around the Aug. 21 total solar eclipse sits alongside a busy road leading into Madras, Oregon on June 13, 2017. The first place to experience total darkness as the moon passes between the sun and the Earth will be in Oregon and Madras, in the central part of the state, is expected to be a prime viewing location. Up to 1 million people are expected in Oregon for the first coast-to-coast total solar eclipse in 99 years and up to 100,000 could show up in Madras and surrounding Jefferson County. Officials are worried about the ability of the rural area to host so many visitors and are concerned about the danger of wildfire from so many people camping on public lands.

"There's very few people who are not going to walk outside when there's a celestial wonder happening above their heads to go out and view it," the reports reads.

About 87 million people will be at work during the eclipse, and this additional 20-minute break, or one-third of a work hour, will be paid by the employers without any output by workers. The $694 million estimate of lost productivity is a conservative forecast, the firm warned, with the actual amount of money lost from the broader economy likely to be greater than that.

The calculations are very simple. Average US hourly rate was $24.57 in December, which, divided by three, is $8.19 — the amount of money paid to an average US worker during the time of the eclipse. Multiplied by 87 million workers, that totals $712.53 million, which is comparable with the $694 million estimate from Challenger, Gray & Christmas.

There are, however, significant implications to this layout. First, the eclipse will be fully visible from scarcely populated parts of the US, mainly the rural regions, where average hourly rates are not applicable. Densely-populated US economic powerhouses, such as New York, Los Angeles, and Houston, will see only a partial eclipse for a shorter period of time, which means the hypothetical loss of money will be lower than the estimate.

Second, not literally everybody will wander outside to see the eclipse. Even though there is a lot of curiosity surrounding such events, many sectors of the US economy will not allow for a complete work stoppage for personnel to walk outside. Most likely, people at work will go see the eclipse in turns, and for less than 20 minutes.

"Compared to the amount of wages being paid to an employee over the course of a year, it is very small," Andy Challenger of Challenger, Gray & Christmas said. "It's not going to show up in any type of macroeconomic data."

Low productivity, however, is indeed a reality in the contemporary US economy, which the macro data clearly shows. Federal policymakers are struggling to resolve the puzzle of low wages at full employment, trying to explain low productivity with either low labor participation or the raging opioid epidemic. However, as the report from Challenger suggests, one of the major reasons for low labor productivity is the abundance of distractions in the workplace.

Another problem is that many US jobs are in the service sector, in the areas that do not require physical- or intellectual-intensive permanent concentration. For example, a coal mine in West Virginia, the Pentagon, or the New York Stock Exchange would be very unlikely to take a 20-minute break to go see the eclipse, however, a myriad of small legal firms, PR agencies, restaurants and diners, for example, could easily afford such a break.

Subsequently, as the 2016 gains in US labor productivity were the slowest since 1982, the upcoming eclipse is not something that will significantly worsen the picture for US employers. Whereas the lack of a comprehensive economic reform fostering labor-intensive job-creation, certainly is.