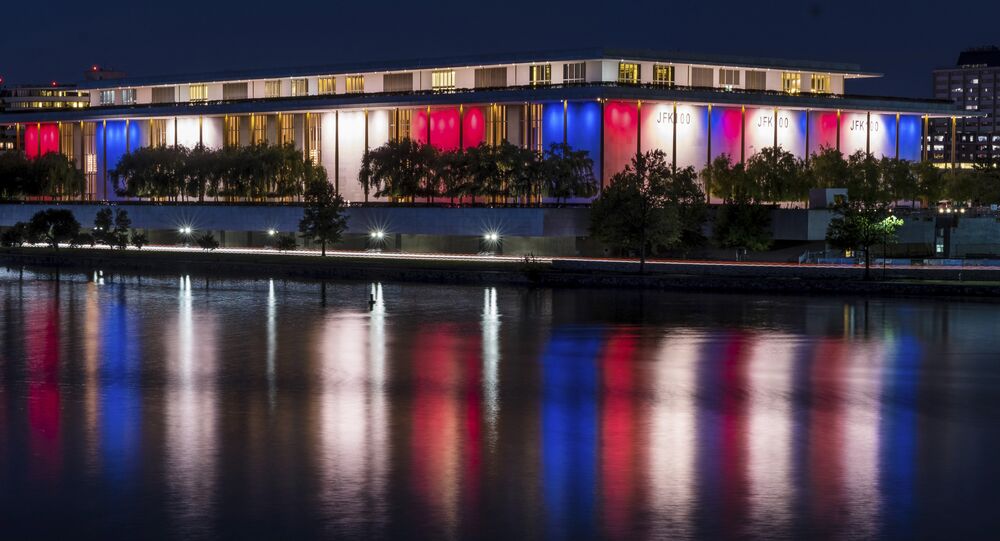 US President Donald Trump will not participate in this year’s Kennedy Center Honors awards ceremony dedicated to achievements in the fields of art, music, dance, film, television and culture, the White House said in a statement released on Saturday.

WASHINGTON (Sputnik) — Earlier this week, some of the honorees, including TV producer Norman Lear and dancer Carmen de Lavallade, announced they would skip the event set for December after Trump’s remarks in connection with violence in Charlottesville, Virginia.

"The president and first lady have decided not to participate in this year’s activities to allow the honorees to celebrate without any political distraction," the statement reads.

According to the statement, the US president and first lady Melania Trump sincerely congratulated this year's award recipients.

"The Kennedy Center respects the decision made today by the office of the President of the United States. In choosing not to participate in this year's Honors activities, the Administration has graciously signaled its respect for the Kennedy Center and ensures the Honors gala remains a deservingly special moment for the Honorees. We are grateful for this gesture," the statement reads.

© Sputnik / Ruslan Krivobok
‘There Are Not Two Sides': The Governator Slams Trump Over Weak Charlottesville Response (VIDEO)
Last week, white nationalists held a "Unite the Right" rally in Charlottesville, Virginia to protest authorities' plans to remove a monument of Confederate Gen. Robert E. Lee from a city park. The rally subsequently led to clashes with left wing counter-protestors and culminated in a car-ramming attack that killed one person and injured 19 others. Commenting on the events, Trump hesitated to condemn the white supremacists and instead spoke about racism and bigotry on "many sides."

However, on Monday, Trump condemned white supremacists and other hate groups for the events in Charlottesville.

On Wednesday, Trump ended the Manufacturing Council after at least eight CEOs announced they were leaving due to his remarks about Charlottesville and the lack of condemnation for white supremacists and neo-Nazis. The members of the Strategy and Policy Forum had decided among themselves to dissolve shortly before Trump announced he was ending it.