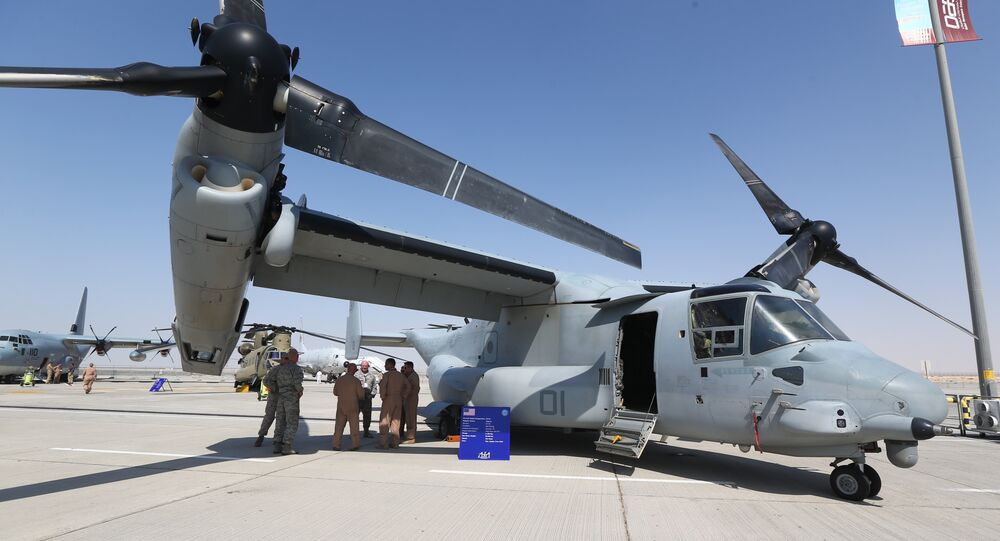 WASHINGTON (Sputnik) — Work on the contract is to be carried out over the next 16 months and is scheduled to be completed by December 2018, the Defense Department added. The order follows the crash of a V-22 in Australia on August 5, killing three Marines on board.

"Bell Boeing Joint Program Office [in] California, Maryland is being awarded [a] $31,980,025… contract for repair of various parts on the V-22 aircraft," the release stated on Friday.

In mid-April, the US Navy ordered another $38.8 million worth of repairs on different parts of the controversial V-22 Osprey tilt-rotor aircraft. However, the V-22 has had at least seven hull-loss accidents resulting in at least 36 fatalities.