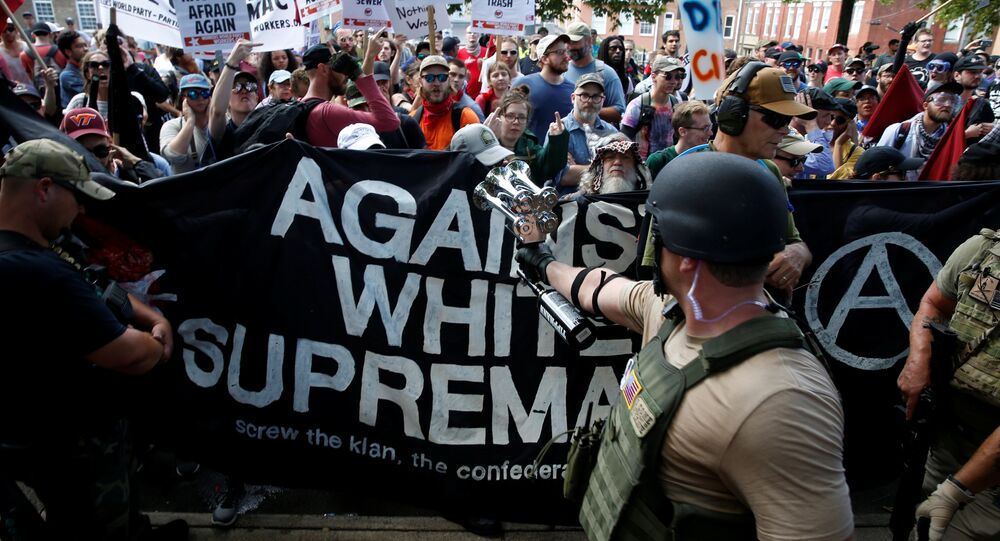 The American Civil Liberties Union (ACLU) has defended pedophiles, neo-Nazis, and the Westboro Baptist Church - but they have drawn the line on aiding white supremacists who protest while carrying firearms.

ACLU Executive Director Anthony Romero sat down for an interview with the Wall Street Journal, where he discussed the far-right, white supremacist and neo-Nazi protests in Charlottesville, Virginia, that turned violent over the past weekend.

"The events of Charlottesville require any judge, any police chief and any legal group to look at the facts of any white-supremacy protests with a much finer comb," Romero said. "If a protest group insists, 'No, we want to be able to carry loaded firearms,' well, we don't have to represent them. They can find someone else."

"This is not a new juncture for the ACLU," he said. "We have a longstanding history of defending the rights of groups we detest and with whom we fundamentally disagree."

The protests later turned violent when a car rammed a crowd of left-wing counter protesters, killing one and injuring 19. The alleged driver of the car, James Alex Fields Jr., was photographed participating in a Vanguard America (a white supremacist group) protest.

"It would be a very sorry day for our democracy if government officials insisted on denying any and all protests under the guise that violence might erupt," Romero said.

"But let's be clear: our lawsuit challenging the city to act constitutionally did not cause violence nor did it in any way address the question whether demonstrators could carry sticks or other weapons at the events," Virginia ACLU Executive Director Claire Gastanaga said in a statement.

"We make decisions on whom we'll represent and in what context on a case-by-case basis," an ACLU spokesperson said in a statement on Thursday. "The horrible events in Charlottesville last weekend will certainly inform those decisions going forward."

After the violence in Charlottesville, Waldo Jaquith, a member of ACLU's Virginia Board, announced his resignation on Twitter. "What's legal and what's right are sometimes different. I won't be a fig leaf for Nazis," he offered by way of explanation. "Don't defend Nazis to allow them to kill people."

A "White Lives Matter" demonstration planned to take place at Texas A&M University on September 11 was canceled when the university refused to grant a permit to the organizers. The leader of the planned rally, Preston Wiginton, told the Texas Tribune that he may seek the ACLU's help in suing the university.

Another prominent defense of Nazis by the ACLU happened in 1977 when they defended the National Socialist Party of America's right to assemble after they intended to hold a rally in Skokie, Illinois, a predominantly Jewish town where many residents were Holocaust survivors. The Supreme Court ruled in favor of the American Nazi Party.

Historically speaking, the ACLU has championed Nazis and white supremacist groups in court, arguing that their views being repulsive to the average American does not make them unconstitutional.

"We do not choose our clients," read a 1934 ACLU pamphlet defending the free speech of Nazis in the United States. "Lawless authorities denying their rights choose them for us. To those who support suppressing propaganda they hate, we ask — where do you draw the line?"

That did not stop the ACLU in 1939, however, from removing co-founder Elizabeth Gurley Flynn from its organization because she was a member of the Communist Party USA.