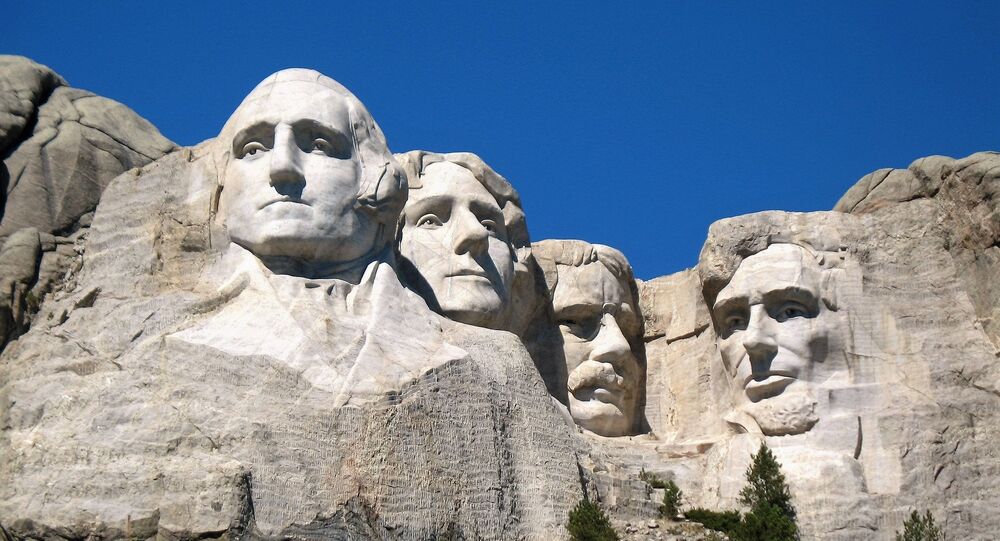 As Confederate monuments in towns and cities across the United States are being toppled, social media users ponder on how far this "anti-statue crusade" could actually go.

As the valiant monument topplers scan the landscape in search of more targets, a veritable storm broke out on Twitter where people were asking each other when this campaign will end, and what other monuments may fall.

The suggestion that resonated the most came from the former Georgia House Minority Leader and candidate for governor, Stacey Abrams, who called for the removal of the bas relief on Stone Mountain that features the images of Confederate President Jefferson Davis and Generals Robert E. Lee and Thomas J. "Stonewall" Jackson.

The removal of the bas relief of Confederates from Stone Mountain has been a constant debate since the state bought the property in 1958. /1

While some Twitter users actually pondered on whether to support her proposal, others weighed the risks of this campaign trampling on the legacy of the Founding Fathers themselves.

What about nuance? Leaders on both sides in 1861 were flawed. No leader in US history is all good or all bad. Should we remove Mt. Rushmore?

Can we hurry up with this confederate statue stuff and get on to blowing up Mt. Rushmore already?

​Many social media users also speculated about what other iconic US landmarks may possibly become the target of this campaign.

While you are at it, demolish mt Rushmore? Change the name of Washington state? Destroy the Washington monument? Where does it end? #notyou

Yes, and the Washington Monument- slave owners. Dynamite Mount Rushmore, all those guys have offended someone. It's weird. Distorted ✌️

​Other users were simply outraged by the fact that monuments, relics of the past, are being demolished.

The Monuments Must Go.

Then burn the books.

Next, round up the political dissidents and put them in internment camps!

When will we take down these monuments of slavery? #Charlottesvile @realDonaldTrump pic.twitter.com/BGYWoQfq2u

America — Where the Left & Right are running amuck and the statues are nervous! "The Monuments Must Go" #ThursdayThoughts pic.twitter.com/e9a0Hxdt7t