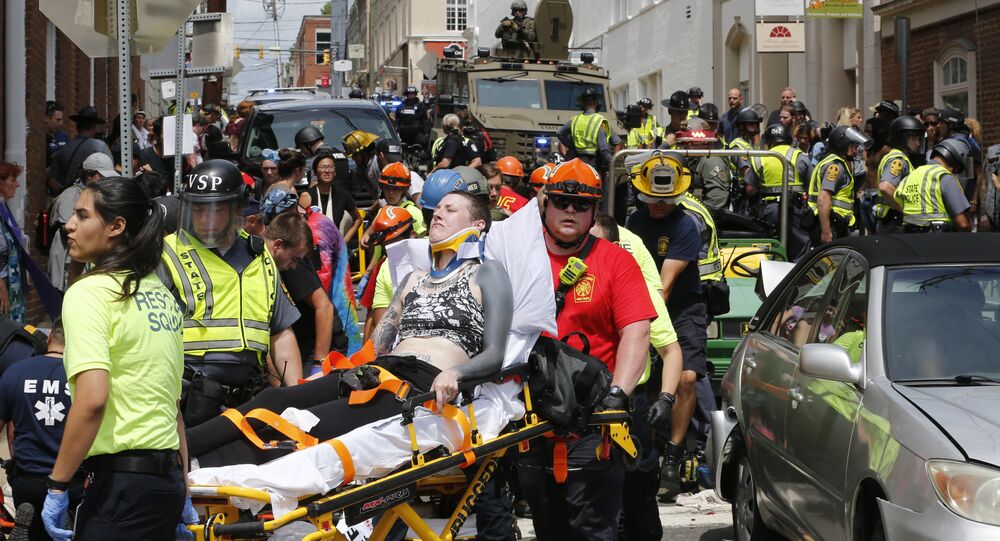 The crash itself, which resulted in the death of 32-year-old anti-racist protester Heather Heyer and injured 19 others, can’t be seen in the soundless video, but one of the cars impacted in the three-vehicle crash can be seen moving forward from the force of the collision while people scatter in every direction.

​The incident followed a night of violence after hundreds of white nationalists gathered on the campus of the University of Virginia carrying torches, weapons, pepper spray and makeshift shields in preparation for a "Unite the Right" rally, which ostensibly was to protest the city taking down a statue of Confederate General Robert E. Lee.

James Alex Fields, thought to be associated with far-right group Vanguard America, plowed his car into a group of unsuspecting anti-racist and anti-fascist counter protesters. He has been charged with second-degree murder, three counts of malicious wounding and failure to stop in an accident that resulted in death.