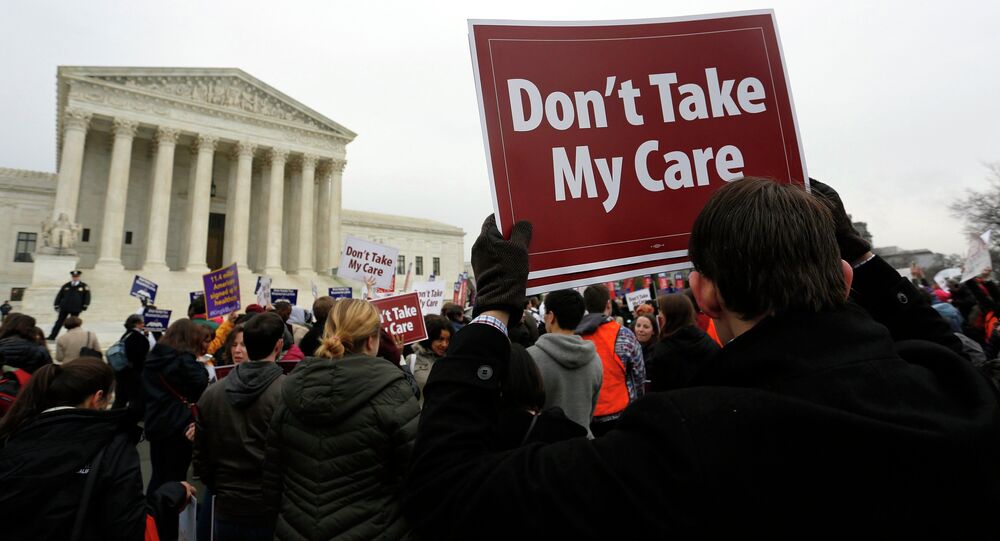 A potential Republican proposal to gut subsidies known as “cost sharing reductions” that help millions of people access healthcare would increase healthcare premiums by 20 percent in 2018, the US Congressional Budget Office said Tuesday.

“Gross premiums” for the benchmark “Silver” plan offered on Affordable Care Act marketplaces  would “on average, rise by about 20 percent in 2018 relative to the amount in CBO’s March 2016 baseline and rise slightly more in later years,” according to a CBO report released August 15.

The new findings indicate the Republican idea won’t contribute to the nation’s financial health. “Implementing the policy would increase the federal deficit, on net, by $194 billion from 2017 through 2026,” the latest CBO score says.

In comments that did not wear well at all, then-White House Press Secretary Sean Spicer said the GOP plan "is plan A and plan A," adding that there was no backup plan.  Five months later, the Trump administration has not moved the needle on President Barack Obama’s signature healthcare reform law. On August 12, Trump made the top Senate Republican, Mitch McConnell, the topic of his public ire.

​Furthermore, observers in Washington have noticed that Reince Preibus, an establishment GOP figure who steered the Republican National Committee for years before assuming the role of Chief of Staff in the Trump administration was fired almost immediately following Congress’ failure to agree on changes to the Affordable Care Act.

Republicans have a majority of seats in the House and Senate.

US Capitol Police Arrest 40 for Protests Against Republican Healthcare Reform