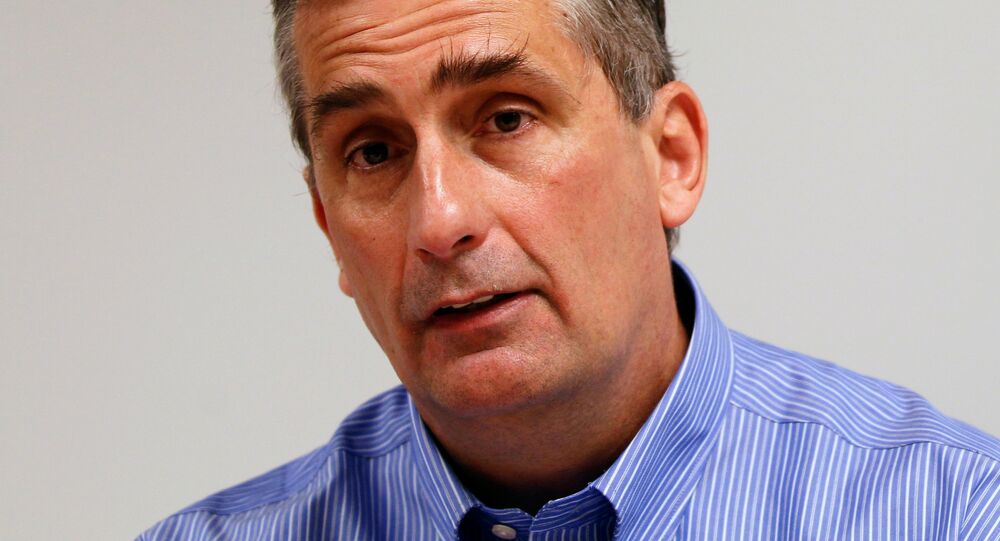 "I resigned to call attention to the serious harm our divided political climate is causing to critical issues, including the serious need to address the decline of American manufacturing," Krzanich said in a statement published by company's blog.

He stressed that even though he was eager to contribute to promoting US manufacturing, the riots in Charlottesville entangled the issue with the political agenda and made progress impossible.

"My request — my plea — to everyone involved in our political system is this: set scoring political points aside and focus on what is best for the nation as a whole. The current environment must change, or else our nation will become a shadow of what it once was and what it still can and should be," Krzanich said.

On Saturday, white nationalists held a "Unite the Right" rally in Charlottesville to protest the plans of authorities to remove a monument of Confederate Gen. Robert E. Lee from a city park. The rally subsequently led to clashes and culminated in the car ramming attack that killed one person and injured 19 others. In addition, two police officers died en route to the scene of the violence when their helicopter crashed.

Trump has condemned the violence in Charlottesville, stating that the events were a "display of hatred, bigotry and violence on many sides." However, the US president initially refrained from blaming any particular group for the outbreak of violence and faced huge criticism over this fact. On Monday, Trump directly condemned neo-Nazis and white supremacists.

Baltimore to Scrap Its Own Confederate Statues After Charlottesville Violence