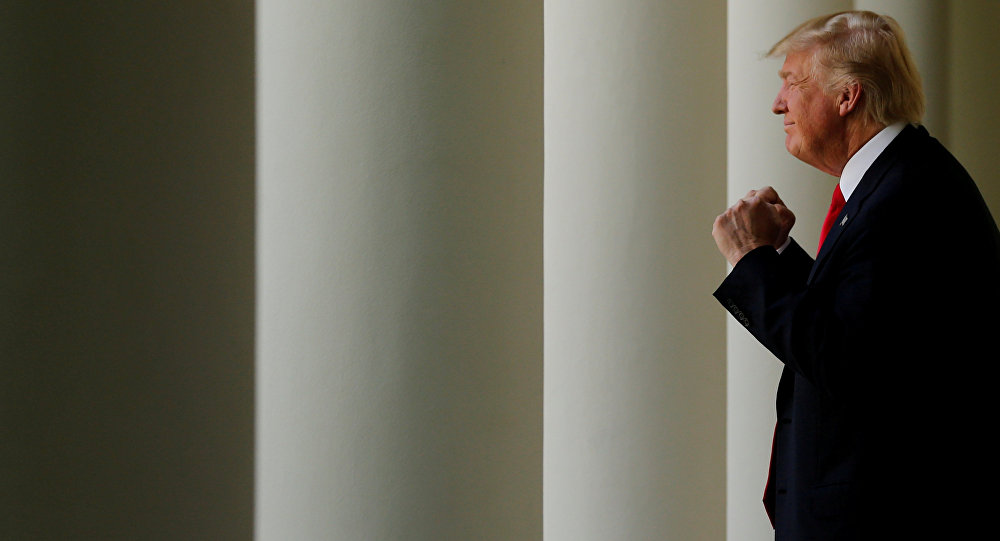 Former White House Communications Director Anthony Scaramucci said Sunday he believed there were people in the US administration seeking to "eject" President Donald Trump as he does not belong to the political establishment class.

MOSCOW (Sputnik) — Earlier in the day Axios.com portal reported, citing sources close to the president, that US President Donald Trump allegedly suspected that his Chief Strategist Steve Bannon was the one behind the leaks about the latter's White House colleagues.

According to the portal, Trump told his associates he had enough of Bannon's "self-promotion," and the time the president spends with his adviser has been considerably reduced.

"What happens in Washington… is the president is not a representative of the political establishment class, so for whatever reason the people have made a decision that they want to eject him… I think there are elements inside of Washington, also inclusive in the White House, that are not necessarily abetting the president's interests or his agenda," Scaramucci said in the air of ABC News.

Trump is very well aware of these elements, and he knows what to do with them, Scaramucci noted.

In late July, the White House announced that Scaramucci resigned from his position after just 10 days in office to allow newly appointed communications director to have "a clean slate and the ability to build his own team." Scaramucci's short tenure was accompanied by a series of scandals in the media, with the then-communications director scolding previous and acting White House staff members.