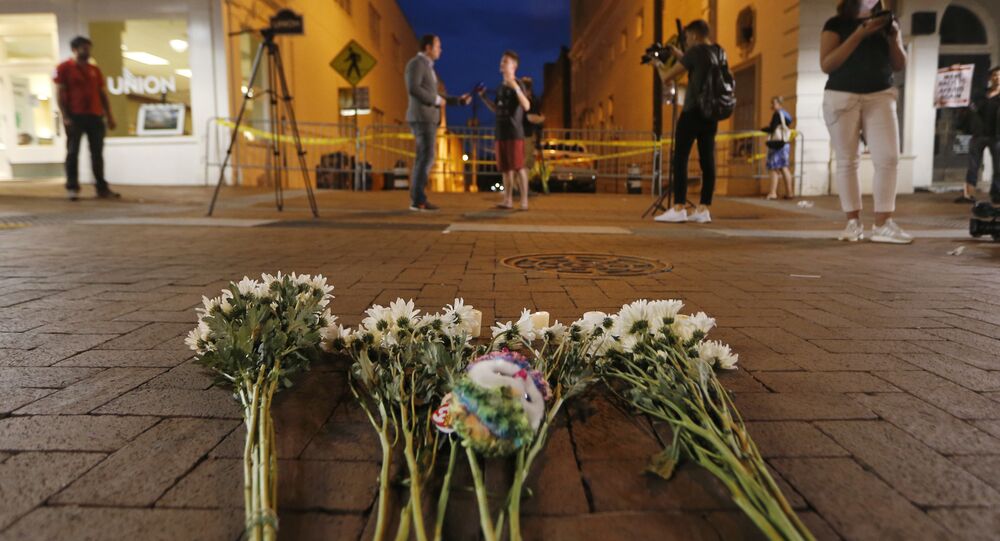 US Democratic Senator for Colorado Michael Bennet has called on President Donald Trump to denounce white nationalism, due to recent violent rally in Virginia.

MOSCOW (Sputnik) — US Democratic Senator for Colorado Michael Bennet has called on President Donald Trump to denounce white nationalism, as a rally organized by members of alt-right, white nationalists and neo-Nazis in Charlottesville, Virginia, turned violent and resulted in casualties.

"Today's attack in Charlottesville is not the result of 'many sides' — it's an act of domestic terrorism. President Donald J. Trump should explicitly denounce white supremacy," Bennet said via his Facebook account on Saturday.

© AP Photo / Steve Helber
US Senator Urges Trump to 'Call Evil by Its Name' After Charlottesville Violence
Trump strongly condemned the violence in Charlottesville, stating that the events were a "display of hatred, bigotry and violence on many sides," but refrained from blaming any particular group for the outbreak of violence.

Earlier in the day, Cory Gardner, the Republican Senator for Colorado, urged Trump to "call evil by its name," also slamming the events in Charlottesville as domestic terrorism.

The rally in Charlottesville was organized by far-right nationalists on Saturday as a protest against the removal of a monument to Confederate Gen. Robert E. Lee. The rally led to clashes between the demonstrators and counterprotesters, culminating in a car ramming attack, which left one person dead and over 30 injured.

Other US senators, including Ted Cruz, Marco Rubio, and Tim Scott, have also condemned Charlottesville violence as an act of "domestic terrorism."