FBI Uncovers Daesh Scheme of Money Transfer to US via eBay

The US Federal Bureau of Investigation uncovered a global scheme used by the Daesh terrorist group (outlawed in numerous countries), which involved the group using e-commerce giant eBay to transfer money to an alleged Daesh operative in the US through fake transactions, the Wall Street Journal reported Friday, citing an FBI affidavit.

MOSCOW (Sputnik) — One of the suspected recipients of the Daesh funds was a US citizen by the name of Mohamed Elshinawy, aged around 30, who was arrested by the FBI in Maryland over having ties to the terror group in 2016. Elshinawy allegedly pledged his allegiance to Daesh and received almost $9,000 through fake eBay transactions by pretending to sell printers, according to the newspaper. 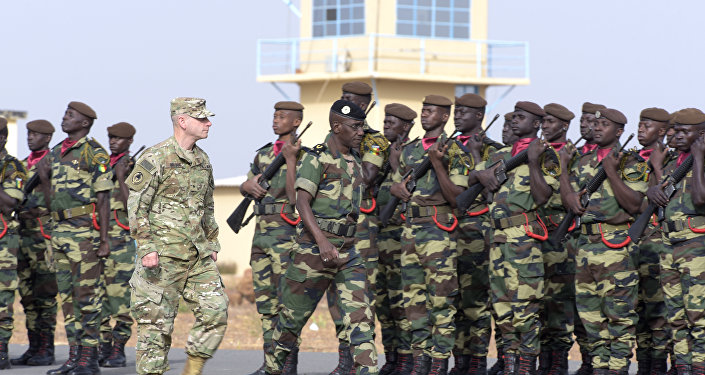 Elshinawy received money via the PayPal online payment system and said that he was instructed by the terror group to use it for "operational purposes." This meant that funds were intended for the organization of possible terrorist attacks in the United States.

Elshinawy is currently awaiting trial after pleading "not guilty" of support of terrorism, according to the newspaper.

The suspect is considered to be a part of a global network of Daesh funding, stretching from Bangladesh to the United Kingdom. A senior Daesh member in Syria Siful Sujan, who was killed in a drone strike in 2015, was instrumental in the development of this network.