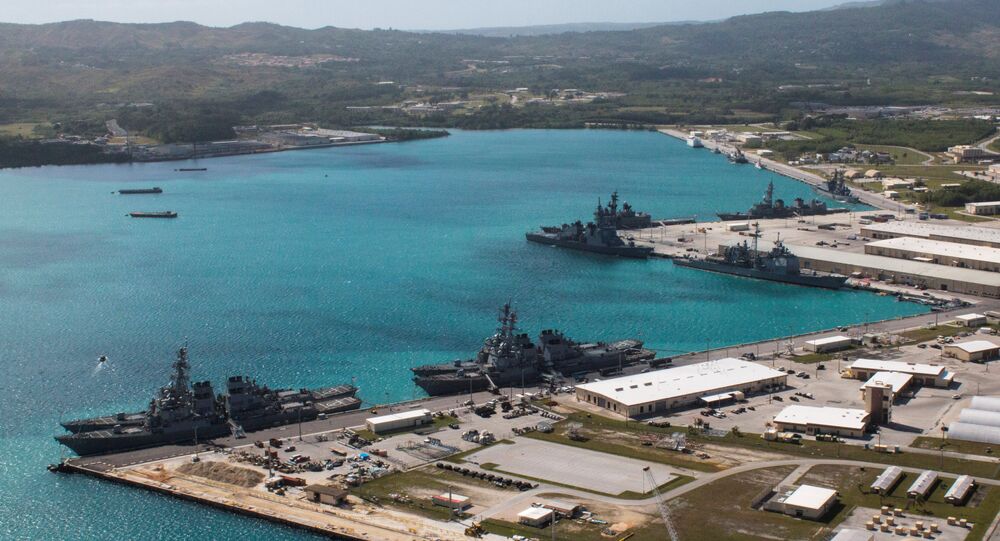 If North Korea were to fire missiles at the US Pacific territory of Guam, they would reach the island in 14 minutes, USA Today newspaper reported on Thursday citing Guam Homeland Security.

MOSCOW (Sputnik) – North Korea’s state agency KCNA reported earlier in the day that its military planned to complete a plan by mid-August to hit waters off Guam with four medium-range missiles. It said they would fly over three Japanese prefectures, reaching their target in 17 minutes 45 seconds.

© Sputnik / Iliya Pitalev
Guam Governor Says 'No Panic' on US Pacific Island Over North Korea's Threat
The USA Today newspaper reports citing Jenna Gaminde, the Guam Homeland Security spokeswoman, that all residents of the island would be notified via 15 All-Hazards Alert Warning System sirens if North Korea were to launch missiles at it.

"Our office will be notified from the military and will utilize all forms of mass communication to get the message out to the public," Gaminde said as quoted by the media outlets.

This is not the first time North Korea has threatened the US Pacific territory, making a statement about the Andersen Air Force Base as recently as March 2013.

On Tuesday, US President Donald Trump warned Pyongyang not to make any more threats against Washington or it would face "fire and fury."