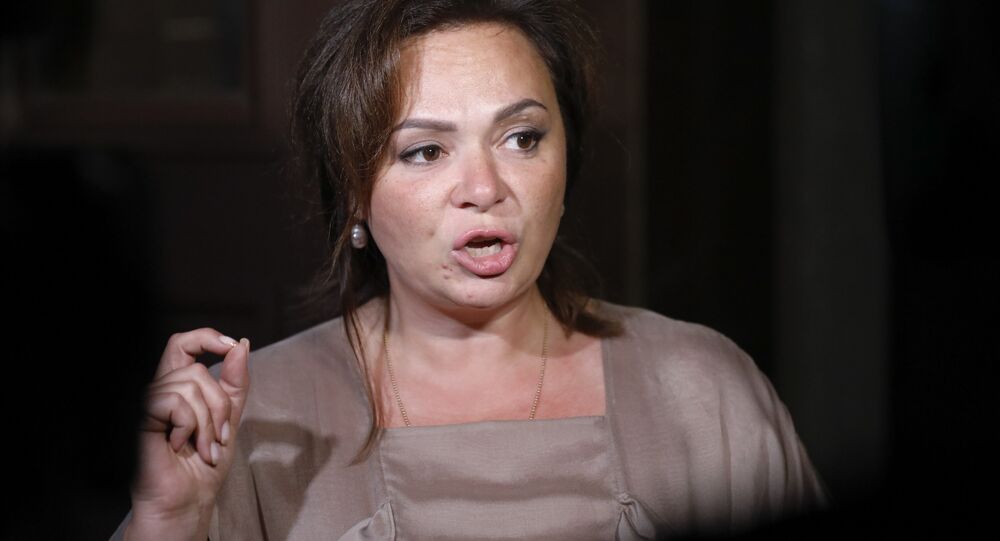 Russian lawyer Natalia Veselnitskaya told the RT broadcaster that from her point of view US financier Bill Browder was behind the scandal that erupted after publishing of an article by The New York Times about her meeting with Donald Trump Jr.

© AFP 2020 / BERTRAND GUAY
Lawyer Veselnitskaya Says Browder to Give False Testimony to US Senate in Russia Probe
MOSCOW (Sputnik) — US media reported in early July that younger Trump – alongside Trump Sr’s son-in-law Jared Kushner and campaign manager Paul Manafort participated in a 2016 meeting with the Russian lawyer. Veselnitskaya had allegedly promised to provide Trump Jr. with compromising information about his father's then-election rival, Hillary Clinton. The claim has been denied by Veselnitskaya, the White House and the Kremlin.

"Today, this article has changed significantly – if you open the first story they had on this matter, and compare it to the original version they published on the 8th – you will see how dramatic the difference is… I understand that the whole story surrounding my meeting with Trump Jr. has been manipulated. By whom? I see only one answer to this question. If you find the motive, you’ll find the explanation," Veselnitskaya said.

She pointed out that her investigation of adoption of the Magnitsky Law by the United States posed a personal challenge for Browder.

"We got so close to the truth behind the Magnitsky Act, who was pushing it – and why – for years. We found out so much about what was happening in Russia between 1996 and 2006, we found out so much about the real cases of embezzlement of Russia’s budget. And considering that, I publicly challenged Mr. Browder, the man behind this story. I think that it’s all orchestrated by him and his team," Veselnitskaya added.

Browder and his lawyer Sergei Magnitsky, who had been detained in 2008 and died in the Matrosskaya Tishina pre-trial detention center in Moscow, were accused of laundering $230 million. The death of Magnitsky resulted in the adoption of the so-called Magnitsky Act by the United States in 2012 that sought to punish those allegedly responsible for the lawyer's death.

In 2013, Russia sentenced Browder in absentia to nine years in prison.