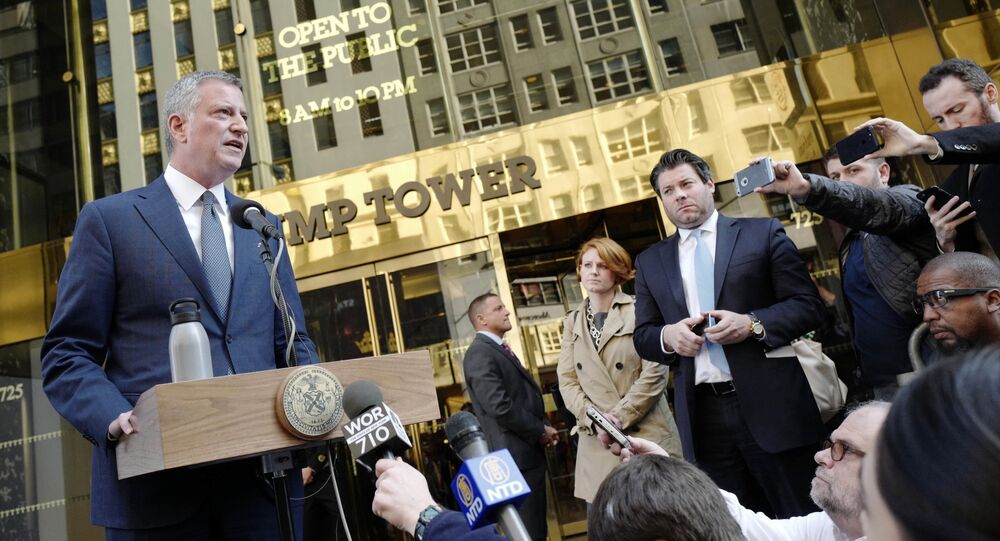 © AP Photo / Julie Jacobson
Free Range Capitalist and Pharma Bro Martin Shkreli Found Guilty in New York
NEW YORK (Sputnik) — "Rather than sending the bill to working families and subway and bus riders already feeling the pressure of rising fares and bad service, we are asking the wealthiest in our city to chip in a little extra to help move or transit system into the 21st century," de Blasio said.

The new tax proposal would raise as much as $800 million annually as well as allow the city to cut in half subway and bus fares, according to the mayor.

The transit system has become the topic of heated arguments between New York City and State governments as to who is responsible to fund a major overhaul of the deteriorating system.