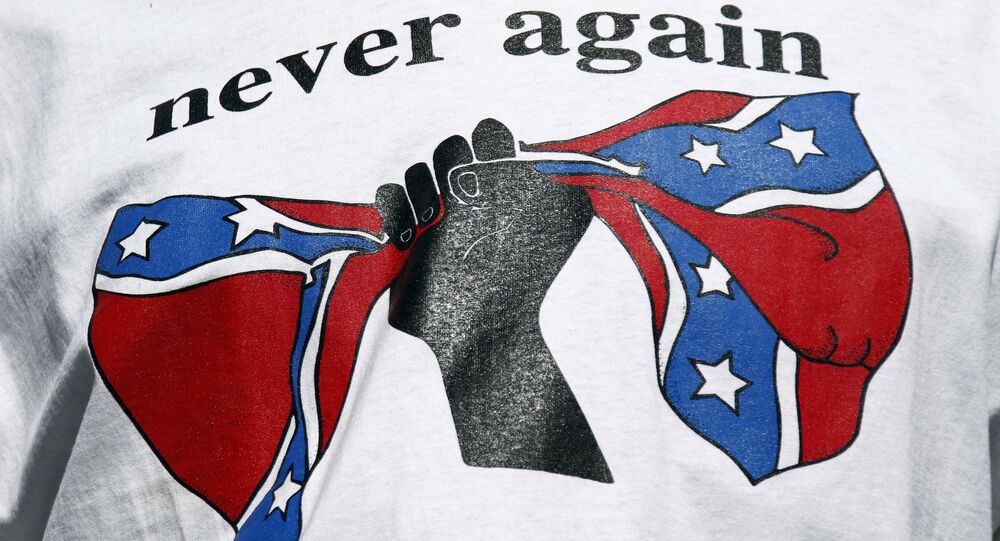 A television show which is being lined up to replace "Game of Thrones" has caused huge controversy already, with a Twitter campaign to stop it before it has even started filming. "Confederate" is set in an alternative future where the Confederacy won the US Civil War and slavery remains legal.

The idea of "alternative history" has become popular in recent years, with several novels and drama series using the idea.

"The Man In The High Castle" which was produced by Amazon and was based on a dystopian novel by Philip K. Dick, was set in a fictional America which had been divided by the victorious German and Japanese forces after the Second World War ended in Hitler and Tojo's favor.

Earlier this year, the BBC aired "SS-GB" which was based on a Len Deighton novel, starring Sam Riley as Detective Douglas Archer, who finds himself working for the brutal SS in occupied London after the Luftwaffe win the Battle of Britain.

HBO, which makes Game Of Thrones, is lining up a show called "Confederate" to take over when the Westeros drama finishes.

The program, which will be scripted by David Benioff and Dan Weiss, and produced by Nichelle Tramble Spellman and Malcolm Spellman, is set in an alternative-reality version of America after the Confederates won the Civil War, allowing slavery to continue in the Deep South.

A campaign to get HBO to scrap the show has already been started, with the hashtag #NoConfederate trending on Twitter.

The campaign was launched by April Reign, an activist who was behind the #OscarsSoWhite campaign in 2015.

She is again asking viewers to tweet HBO on Sunday (August 6) using the hashtag #NoConfederate during the US broadcasts of "Game of Thrones".

Here's why #NoCondeferate from my lane: white ppl without power are drawn to glorified depictions of themselves in power. Don't make it this

We did it!!! We trended #1 nationwide & #2 worldwide for most of the hour. THIS is the power of social media, @HBO, & we say #NoConfederate

I rather imagine a world without colonialism. pic.twitter.com/kYD1FeUQ5s

"The premise of 'Confederate' is frankly, awful. To further subjugate black people in an oppressive narrative is ignoring the current day issues of America and shows Benioff and Weiss's total lack of knowledge of what black people experience in this country," Ms. Theodore-Vachon told Sputnik.

"We are only two years out of Dylan Roof [a Confederate sympathizer] walking into a church and gunning down nine innocent people in cold blood, simply because they were black," she added.

Ms. Theodore-Vachon said comparisons with "The Man In The High Castle" were "lazy" but she said she knew some Jewish Americans had protested about the show and the use of swastikas in Amazon's marketing campaign.

"Confederate is about US slavery — the pushback is coming specifically from the black American community. We absolutely have a right to protest two white creatives who want to use such a painful part of our history for kicks and entertainment. To which I say — black oppression is not entertainment," Ms. Theodore-Vachon told Sputnik.

"The Confederate flag means suffering, death and oppression for my people. There is nothing quaint or innocent about a system complicit in dehumanizing Black people and using them as chattel," she added.

HBO has been forced to come out the defend the show, even though it has not even been made.

"We have faith that Nichelle, Dan, David, and Malcolm will approach the subject with care and sensitivity. The project is currently in its infancy, so we hope that people will reserve judgement until there is something to see," said the network.

"Honestly, this is nothing but spin from the network," said Ms. Theodore-Vachon.

"They were not prepared for the backlash from the African-American community and are trying to clean up their mess. Even adding black executive producers cannot correct the fact that the premise to 'Confederate' is offensive and harmful to the community they purport to care about," she told Sputnik.

© AP Photo
Florida Town in Row Over Streets Named After Confederate Generals Linked to Ku Klux Klan
Controversies about the history of the slavery era continue to dog the United States.

A coalition of residents in Hollywood, Florida, are protesting against plans to rename streets in the town which are named after General Robert E. Lee, the commander of the Confederate Army, General John Bell Hood, and General Nathan Bedford Forrest, who later founded the Ku Klux Klan.

And earlier this week, Catherine Templeton, the Republican candidate for Governor in South Carolina, was cheered when she said she was "proud of the Confederacy" and that she did not intend to "rewrite history" by removing Confederate monuments in the state.

"I don't think she understands the diversity we have in South Carolina… when you elevate the Confederacy, you stomp on the memories of those who were subjugated, the slaves. She's stomping on my ancestors," said Joe Darby, a local African-American church elder.

Perhaps in the future there will be shows about what would happen if Al Gore had been declared the winner of the contentious 2000 presidential election or if Hillary Clinton had entered the White House in January this year? Or what about the Soviet Union winning the race to put the first man on the Moon?

But there are some subjects which, it seems, should remain off-screen.