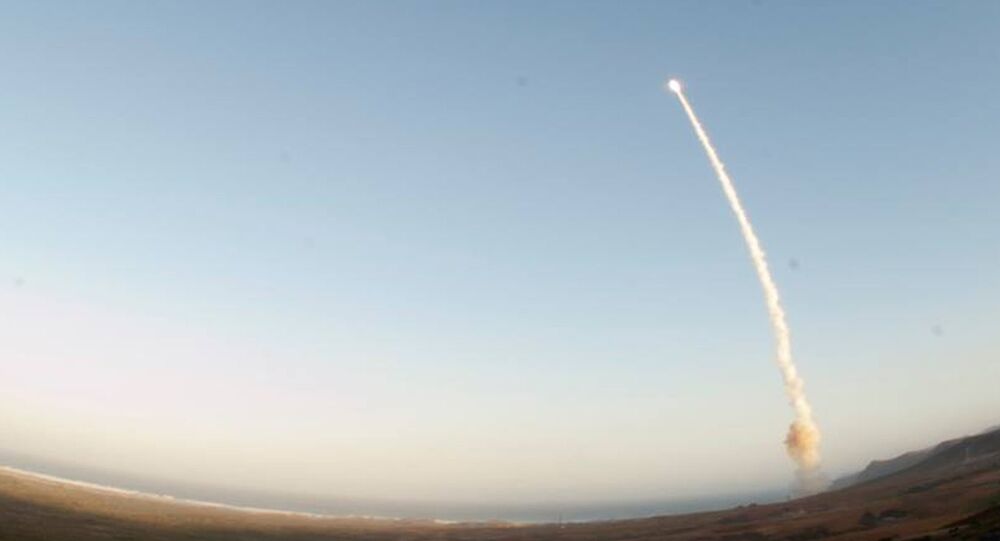 In North Korea's Footsteps? US Military Set to Test Unarmed ICBM on Wednesday

The US military will test an unarmed Intercontinental Ballistic Missile (ICBM) from Vandenberg Air Force base in the state of California, according to US media reports.

© REUTERS / KCNA
Does North Korea Have an ICBM With a Working Reentry Mechanism?
In a statement, the command said the test was intended to validate the weapon system’s effectiveness, readiness and accuracy.

The launch comes less than a week after North Korea tested an ICBM for the second time.

According to the state-run Korean Central News Agency (KCNA), the July 28 test was successful with the missile having reached the altitude of 3,725 kilometers (2,314 miles) and traveled 998 kilometers for about 47 minutes before falling in the Sea of Japan.

In response, the United States, Japan and South Korea carried out a ten-hour show of force by flying fighter jets around the Korean Peninsula and in Japanese airspace.