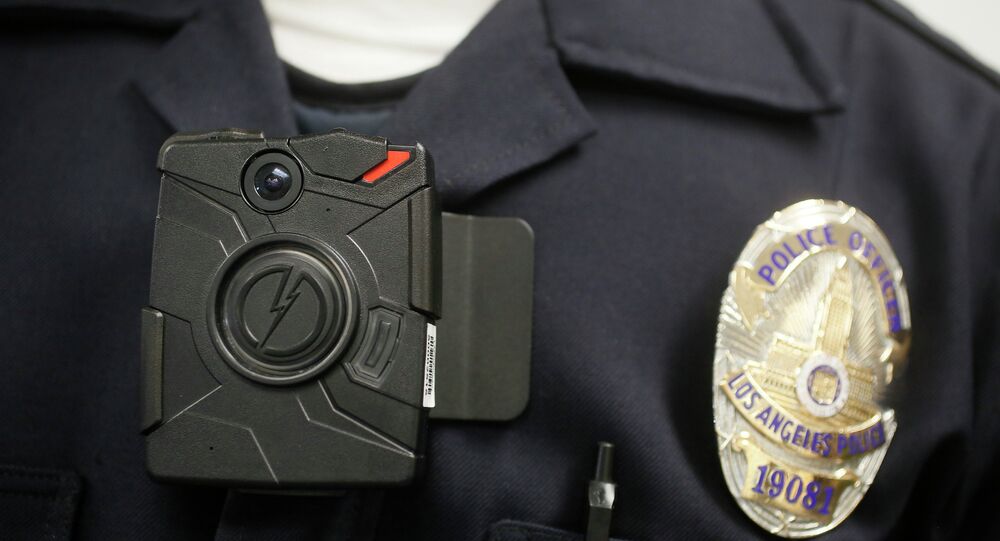 On Monday, the Baltimore Public Defender’s Office said that it possessed another video from a police body camera that “appears to depict multiple officers working together to manufacture evidence.”

The office said that the video involved seven officers, and that charges lodged against one of its clients in relation to the footage were dropped Monday in Baltimore Circuit Court. Only two of the officers have been referred to the department’s Internal Affairs division by the office of Baltimore State’s Attorney Marilyn J. Mosby.

According to Melissa Rothstein, spokeswoman for the public defender’s office, they won’t be releasing the video because it features a co-defendant of their client who is not represented by the office.

Rothstein described the video to the Daily Beast, saying it shows "multiple officers searching a car, including the front driver side area." After the car is thoroughly searched, as documented by the body camera, "another officer asks if the area by that compartment has been searched. Nobody responds, and the officer reaches in and locates a bag that appears to contain drugs right by where the prior officer was, and where the car had been thoroughly searched about a half an hour prior with absolutely no results."

The cameras that officers use have a 30-second "buffer" period that records video without sound once they are turned on. The cops in this incident shut off their cameras after searching the car, then turned them back on too quickly, not realizing the act of allegedly planting the drugs would be caught by the video.

Mosby spokeswoman Melba Saunders said that prosecutors "had questions" about the body camera video, but cautioned that people should hold off on labeling the officer’s behavior “as deceptive and/or a credibility issue” until the incident is thoroughly reviewed.

"Pending the Baltimore Police Department’s investigation pertaining to the officer’s conduct, the Baltimore City State’s Attorney’s Office is requesting postponements on all cases involving the officers," Saunders said, according to the Baltimore Sun. “We look forward to continuing the advancement and pursuit of justice for all.”

Pinheiro, who wasn’t aware that his camera was on during the incident, has been suspended by the police department, while Brunson and Simonyan have been placed on administrative duty. Their testimony in a number of drugs and weapons cases has also been called into question.

Mosby announced at a news conference last week that 34 cases of felony gun and drug charges that involved the testimonies of the three officers had been dismissed, with 77 still being reviewed and 12 that were moving forward based on the strength of "independent corroborative evidence."

Baltimore rolled out its $11.6 million police body camera program in May, following the 2015 death of Freddie Gray, an unarmed African American who died of spinal injuries while in the custody of police, an incident that sparked nationwide protests against police abuse.

"The lack of transparency to the public and refusal to disclose to the defense both prejudices defendants and violates the prosecutor’s constitutional obligations,” said Debbie Katz Levi, head of special litigation for the public defender’s office, "Hundreds of individuals are awaiting trial on cases that rely on these officers, and hundreds more have likely been convicted based on their testimony."