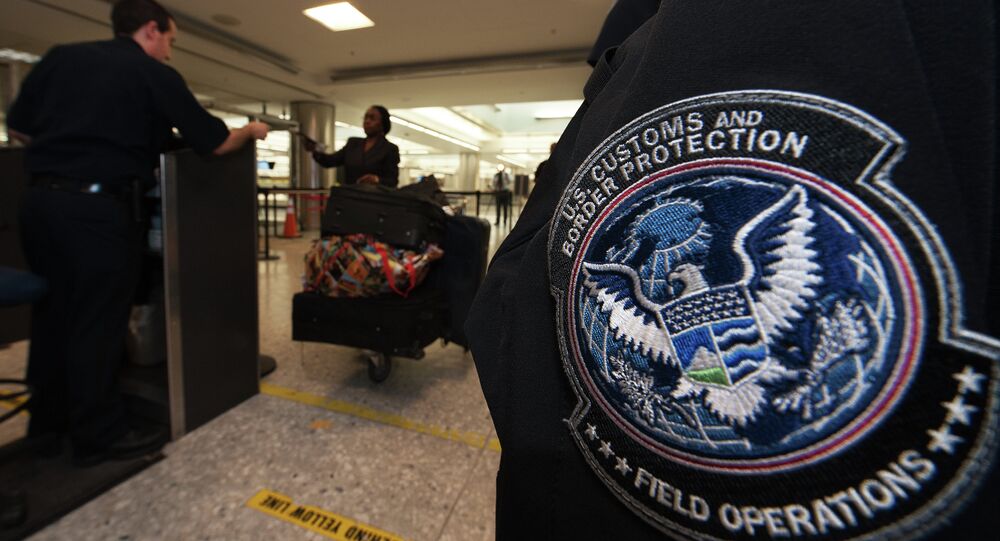 'It's Juice': Teenager Drinks Crystal Meth in Front of US Border Police and Dies

Recently released surveillance footage shows a young teenage boy downing a yellow substance contained in a bottle in front of US Customs and Border Protection agents. Moments later the boy is dead, as it turns out the liquid was in fact the notorious drug methamphetamine.

The liquid inside the bottle was not juice as the teen had claimed at first, but liquid meth.

The footage shows, Cruz Marcelino Velazquez Acevedo, who was 16-years-old, from Tijuana, a border city in Mexico, drinking liquid methamphetamine.

Velazquez Acevedo started to convulse after drinking the drug and later, died.

His family believe he was persuaded to drink the substance by the US Customs and Border Protection agents.

The teenage boy was trying to enter the US at the San Ysidro Port of Entry near San Diego in November 2013.

The customs officers asked him about the bottle in his bag, Velazquez Acevedo replied saying, "it's just apple juice."

However, the officers didn't appear to believe Acevedo and tested the liquid. They were unable to find traces of liquid methamphetamine.

Suspicious still, the officers asked the boy to sip the liquid to prove it was in fact juice.

The footage, recently released by the teenager's family, shows the boy taking four sips of the liquid.

Velazquez Acevedo's bottle did contain the lethal substance, which is highly toxic and illegal, however easy to traffic as a liquid.

The family's lawyer, Eugene Iredale, stated that the officers suspected it contained the toxic drug, but still encouraged him to drink it anyway, which resulted in his death.

The video does show the two officers chatting and smiling at one another while Acevedo downs the illegal and deadly drug.

"It's true that Cruz was doing something that was against the law. And that he did not have to be doing. That's a fact. It's also true that they did not point their guns at him or physically threaten him, but in a social context in which this occurred, they knew exactly what they were doing," Iredale told NBC.

The officers did not immediately take him to seek medical attention, according to the lawsuit; in fact, they placed the young boy in custody.

He later died in hospital.

His family settled the lawsuit against the Customs and Border Protection agency for US$1 million in March 2017.