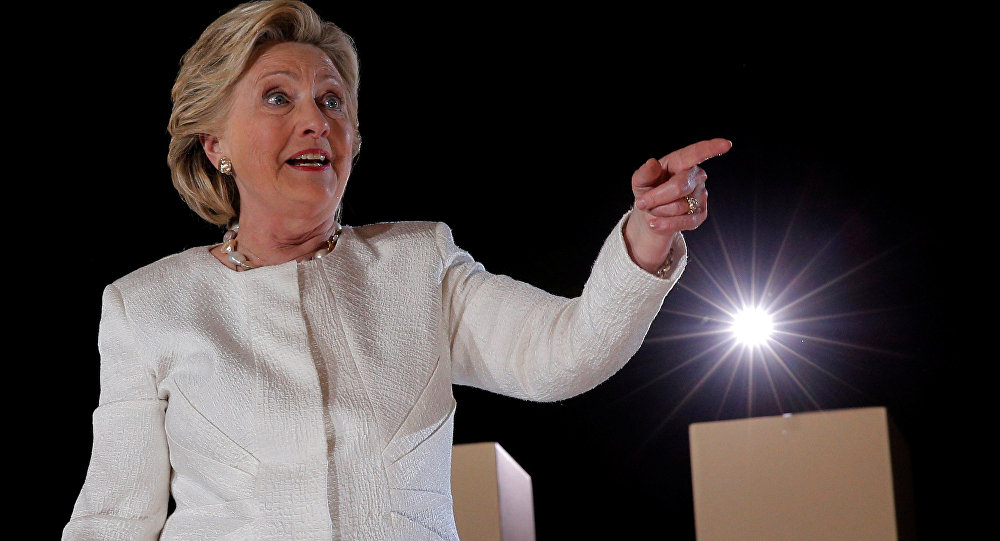 "The members call for the appointment of a second special counsel to investigate grave concerns such as former Attorney General Lynch's directive to former FBI Director Comey to mislead the American people on the nature of investigation into former Secretary Clinton," the letter stated on Thursday.

The panel added that the counsel should address FBI and Justice Department decisions with respect to the Clinton email probe.

Special Counsel Mueller, a former director of the Federal Bureau of Investigation, is currently leading an independent inquiry into Russia’s alleged interference in the 2016 US election and any ties between Russia and the Trump campaign.

The Committee members expressed concerns that Mueller would not be able to address all important issues that occurred during the 2016 presidential election campaign and must be examined.

The Department of Justice and the Federal Bureau of Investigation (FBI) closed the Clinton investigation in July 2015 without filing criminal charges, although Comey said at the time the former secretary of state had been extremely careless by using a private email server.

Russia has denied all allegations of meddling in US elections, calling them an absurd attempt to distract from pressing domestic matters such as corruption.

You Buying It? Clinton Reveals Name, Excerpt from Memoir About 2016 Election