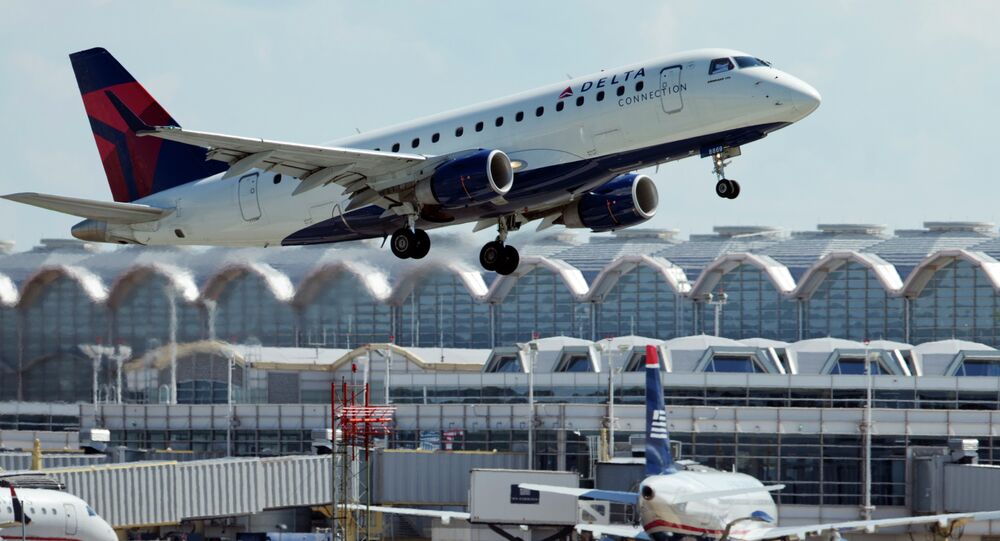 Delta Air Lines has apologized to Russian national Andre Yeremin, who claims that he was removed from a flight in the United States for the "occupation" of Crimea, according to a copy of a letter provided by Yeremin to Sputnik.

© AP Photo / Carlos Osorio
Russian Citizen Living in US Complains About Being Deplaned for 'Occupying' Crimea
WASHINGTON (Sputnik) — On Wednesday, media reported that the Russian Embassy in the United States had been looking into an incident involving a man named Andre Yeremin claiming being taken off the plane at the request of another passenger for being a citizen of Russia and an "occupant of Crimea." At the same time, Delta stated that the Russian national was removed from the flight for violating security rules.

Yeremin told Sputnik on Wednesday he had filed a complaint regarding the incident by phone and in a few hours received by e-mail a reply from Delta's Executive Assistant Susanna Curtis.

The letter contained apologies for the incident and said the investigation was underway. It noted that all the facts surrounding the incident would be thoroughly examined, warning that this might take time. Thus, the company has not yet made a final conclusion about the causes of the incident.

Yeremin resides permanently in the United States but has Russian citizenship.