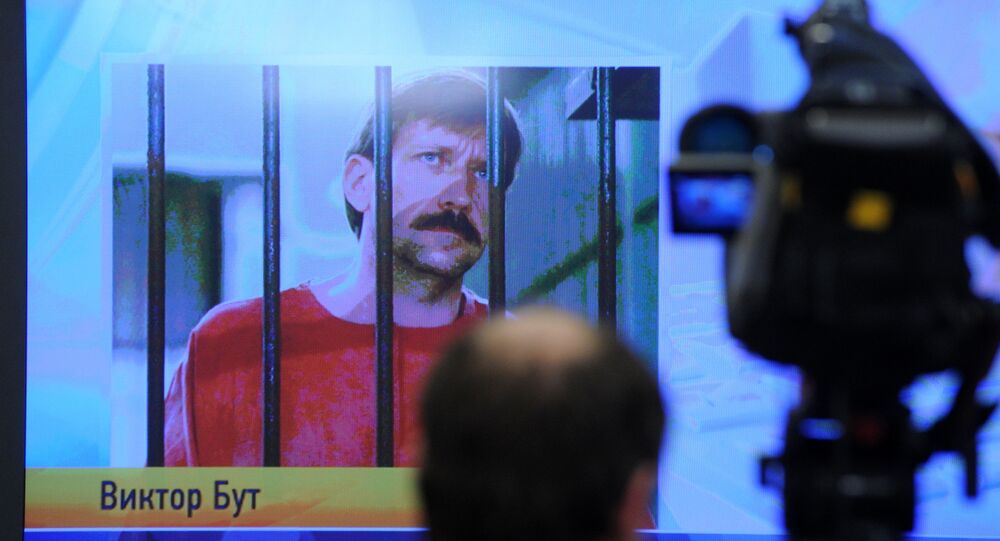 Russian businessman Viktor Bout, who is in jail in the United States, had his hearing on a telephone interview with RT in breach of prison rules delayed until August 10, Bout's wife told Sputnik Thursday.

MOSCOW (Sputnik) – The hearing behind closed doors was initially scheduled for Thursday and would deal with Bout talking to an RT reporter who had not been included in the list of approved contacts.

"Viktor has just called me and said what he had been told, that the hearing scheduled for today is put off for two weeks, until August 10. The reasons behind the delay are unknown, Viktor was not informed about them. He was told, however, that the decision will be taken by a prosecutor specially summoned from Kansas," Alla Bout said.

© Sputnik
Victor Bout's Support Rally to Take Place in St. Petersburg on Friday
Bout may be deprived of the right to call home as a result of the hearing, the woman noted, adding that Bout’s imprisonment term can also be extended.

© AFP 2021 / KIRILL KUDRYAVTSEV
US Prison Extends Viktor Bout's Term for 40 Days Over Alleged Alcohol Production
In June 2015, Bout’s attorneys lodged a request to review the case in connection with new circumstances, but a first-instance court ruled against it in October. Bout's lawyers then moved to appeal this decision in the Appeals Court of New York, which later rejected the request in November 2016.

In April, the US Supreme Court decided not to review Bout's case, despite the fact that his defense team filed the appropriate request in February.

In May 2016, the judge who sentenced Bout said that the verdict in the case was excessive and inappropriate, adding that the arrest took place after a false-flag intelligence operation against Bout.