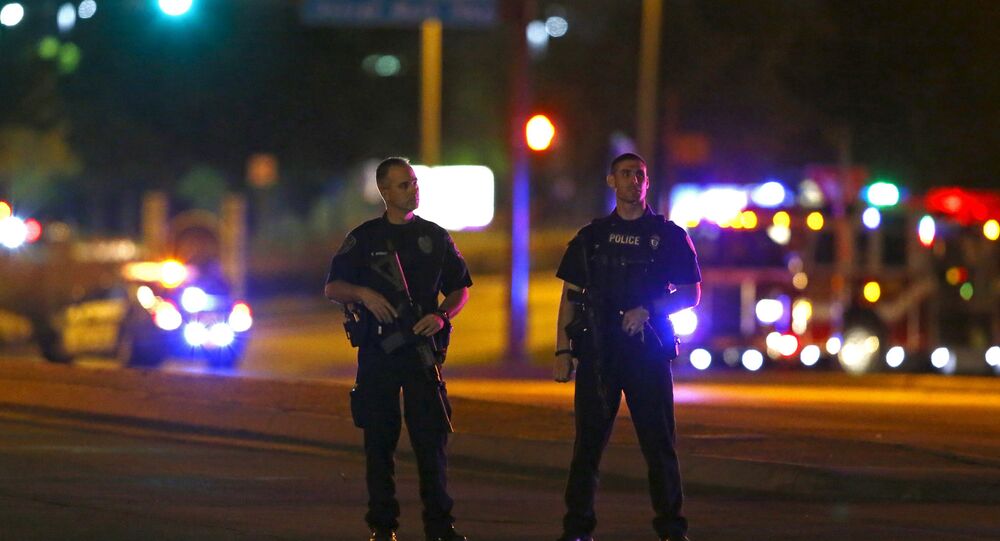 The police of the US city of San Antonio, Texas, found eight people dead in the back of a trailer parked near a supermarket, according to official statement.

© AP Photo / LM Otero
University of Texas at Dallas Evacuated Due to Bomb Threat
MOSCOW (Sputnik) — The police of the US city of San Antonio, Texas, found the bodies of eight people, including two school-age children, along with 30 others who are injured, in a trailer parked near a supermarket, local authorities said on Sunday.

"We got a call from a Walmart employee about a welfare check in a tractor-trailer that was parked on the lot here. He was approached by someone from that truck, who was asking for water. Came back with a water, called the police and we arrived on scene and found eight people dead in the back of that trailer," San Antonio Police Chief William McManus said at a news conference, as quoted by CNN.

Another 30 people were injured, with 17 critical and 13 in serious condition, they all have been hospitalized, according to a local fire department spokesman. It is not yet known where the trailer arrived from and how long it has been at Walmart parking, the authorities said. The driver was arrested at the scene.

© AP Photo / Meredith Hoffman
Only in Texas? Lone Star State Representatives Threaten to Shoot Each Other in Statehouse Confrontation
Some local media described this incident as a smuggling operation involving undocumented immigrants. McManus stressed that it was not an isolated incident.

University of Texas at Dallas Evacuated Due to Bomb Threat