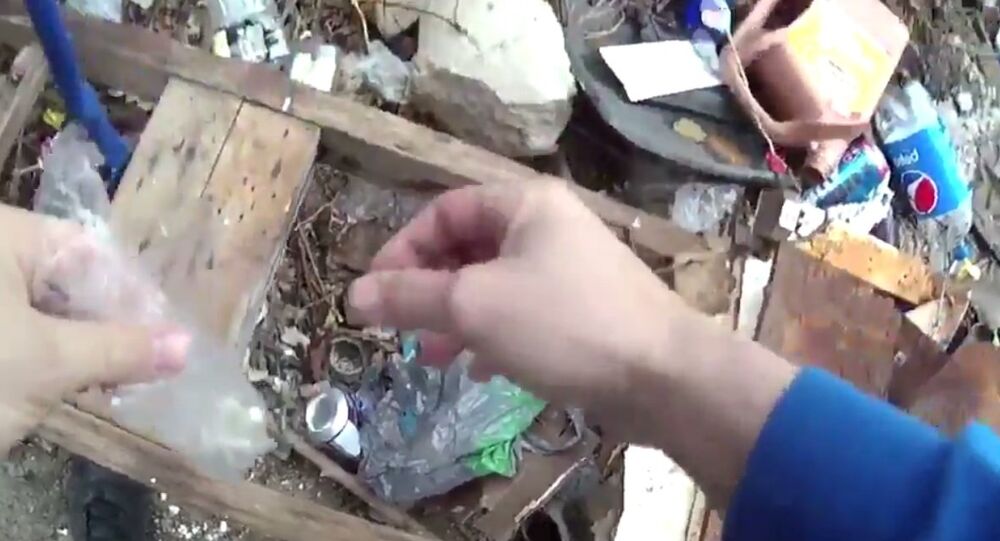 The officer, identified by the public defender’s office as Richard Pinheiro, is seen placing a discarded soup can containing a plastic bag in a lot littered with trash. Pinheiro then walks to the street and turns on his body camera, says "I’m gonna go check here," and retrieves the can and the bag inside, which was filled with white capsules that seemingly contain drugs. He was accompanied by two other officers.

This scene was captured because police body cameras have a feature that saves the 30 seconds of video captured before being activated, though the footage has no sound.

"We take allegations like this very seriously and that’s why we launched an internal investigation into the accusations," T.J. Smith, chief spokesman for the Baltimore Police Department, said in a statement. “We are fortunate to have body-worn cameras which provide a perspective of the event."

Baltimore State’s Attorney's Office spokeswoman Melba Saunders called the video "troubling," according to the Baltimore Sun, which first reported the story, and said that the case has been referred to the Baltimore Police Department internal affairs section, and that the prosecutor immediately alerted his supervisor and dropped the case against the man arrested for Pinheiro’s planted drugs.

The public defender’s office released a statement Wednesday saying that the state attorney’s office, though "appalled" by the video, aren’t treating the incident urgently enough, pointing out that Pinheiro is a witness in about 53 active cases.

"Officer misconduct has been a pervasive issue at the Baltimore Police Department, which is exacerbated by the lack of accountability,” Levi said in the statement. "We have long supported the use of police body cameras to help identify police misconduct, but such footage is meaningless if prosecutors continue to rely on these officers, especially if they do so without disclosing their bad acts."

Regulations say officers should begin recording when they initiate enforcement related or investigative activity and when they receive a call for service, and can cease recording under some circumstances, such as talking with confidential informants or when a civilian requests not to be recorded.