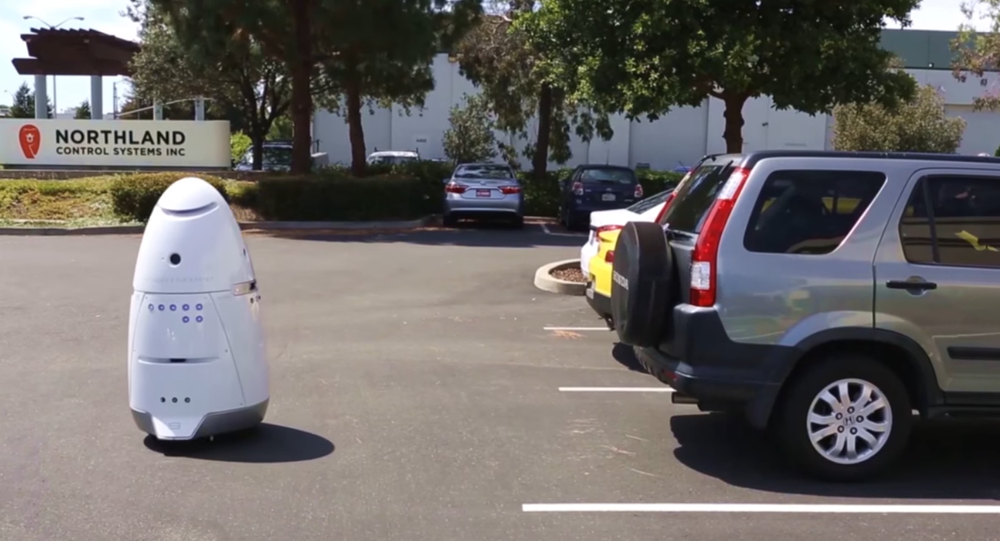 A security robot tragically drowned itself in a Washington, DC, fountain, committing *wait for it* robicide Monday afternoon.

The victim, as it turns out, is a possibly depressed Knightscope K5 surveillance bot that was employed at the communications agency GMMB to provide a more physical security presence than so-last-year security cameras.

​The Dalak-like robot was making its usual rounds patrolling the Georgetown Waterfront, a ritzy retail and office complex along DC’s inner harbor, when it suddenly felt the weight of the world on its shoulders and zoomed straight into the fountain.

Silicon Valley startup Knightscope announced in a statement the incident is under investigation. With no other bodies or circuit boards injured, the company is calling it an "isolated event," promising to deliver a new bot by the end of the week for free.

Many were shocked, some were saddened, and those on Twitter were quick to throw in more than a handful of jokes.

​Did the bot just love the "The Godfather" a little too much?

​Maybe, just maybe, the four-foot-tall Robocop wasn’t trying to do away with itself. In fact, it could have just wanted to be cleaned of the sins it witnessed on a day-to-day basis.

​On a serious note, this isn’t the first time the advanced K5 has experienced a setback. In 2016, in possibly one of the first-ever robotic hit and runs, one of the bots accidentally ran over a 16-month-old toddler.

​While we know in our hearts that R2-D2 would never committed the same mishap, only time will tell if these new toys will ever be able to successfully become the "new sheriff in town."