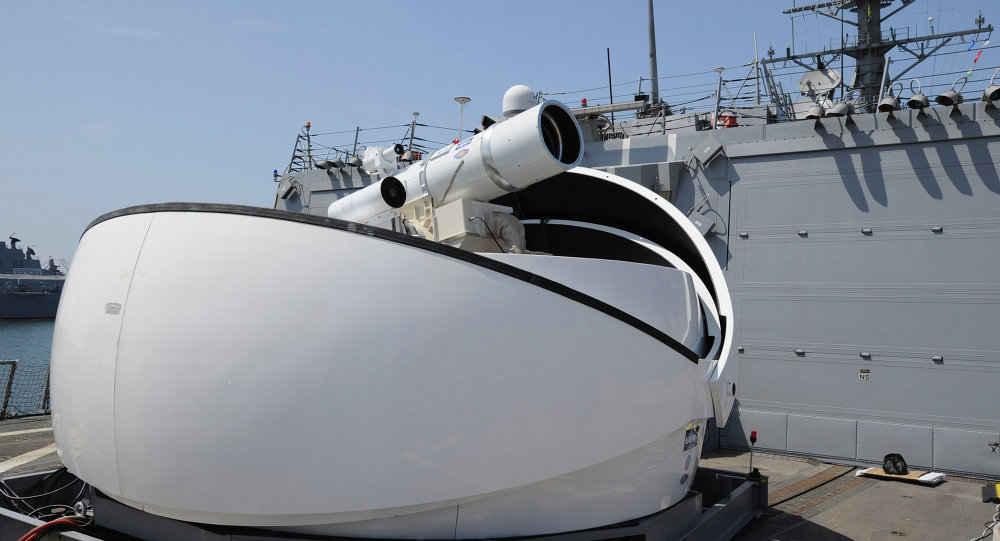 The US Navy tested the Laser Weapons System (LaWS) in the Persian Gulf, media reported on Tuesday.

MOSCOW (Sputnik) — According to the CNN broadcaster, the LaWS system, which is capable of moving at the speed of light and is 50,000 times faster than the intercontinental ballistic missile (ICBM), was deployed on board the USS Ponce transport ship.

© AFP 2019 / EBRAHIM NOROOZI / JAMEJAM ONLINE
Iranian Navy Denies Accusations of Shining Laser at US Military Helicopter
The test was carried out with the help of a drone serving as a target, while the weapons team focused the system on it and shot, what destroyed the aircraft by heating to a temperature of thousands of degrees, the broadcaster specified.

Lt. Cale Hughes, laser weapons system officer, told the broadcaster that the LaWS operated within an invisible part of the electromagnetic spectrum, being absolutely silent and "incredibly effective at what it does."