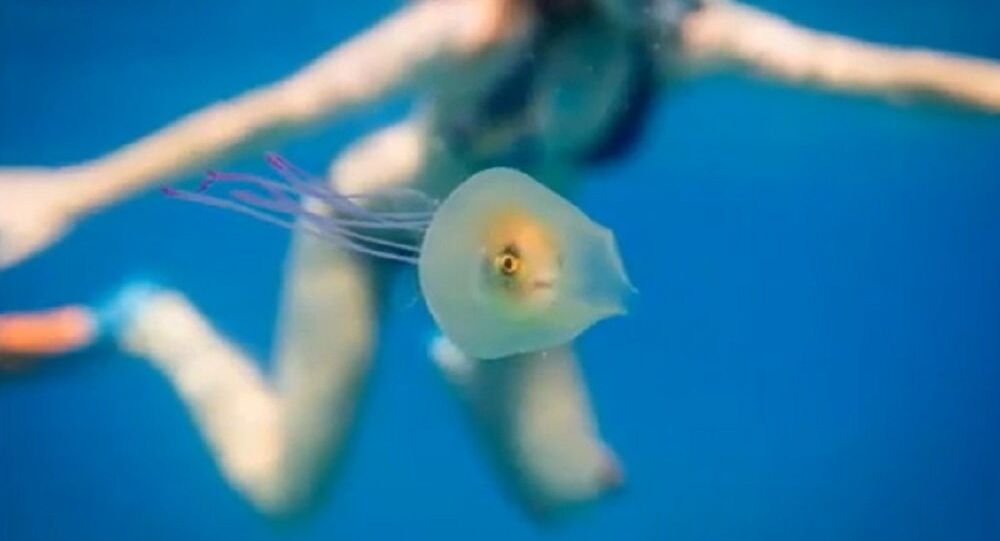 Freshwater jellyfish have been found in the lakes and streams of southwestern Ontario, and scientists say now that the invertebrates have found their way into Lake Erie, it will be all but impossible to eradicate them.

"There’s no known way to remove freshwater jellyfish from a lake ecosystem once it is there," Ontario Ministry of Natural Resources and Forestry senior invasive species biologist Jeff Brinsmead told the National Post.

The non-native craspedacusta sowerbii has been spotted across central Ontario and in Welland, Port Dover, Fort Erie and Norfolk County. The ministry believes the jellyfish first came to North America in the 1800s along with aquatic plants being shipped to Europe.

Native to China’s Yangtze River, the jellyfish were first found in the northeastern part of Lake Huron, Georgian Bay, in the 1950s, and again in 2002 between Gravenhurst and Port Carling in Lake Muskoka.

Brinsmead explained, "In both cases they were probably there for some time before they were reported," adding that the invasive animals have likely entered St. Clair and Lake Erie even though they aren’t seen as much as in hotspots like Muskoka.

Darien Donnelly posted videos and photos to Facebook of a jellyfish she caught in Lake Eerie with her boyfriend Jeremy Stevenson, writing on the post that "they are not a danger to humans but they're a threat to the lakes ecosystem."

Donnelly told the National Post, "It was just floating at our ladder then it started swimming. It was the only thing we caught that day."

"We just put it online only to show friends and family because we both grew up going out on the lake and had never heard of them."

The Great Lakes region has been dealing with invasive species for years, including Asian carp and zebra mussels, but ministry officials say the jellyfish are different in that they don’t pose a threat to the ecosystem itself or humans, as they don’t generally sting people and are eaten by crayfish and turtles.

The ministry is advising the public to use the invasive species hotline or ministry or the ministry website to report sightings.