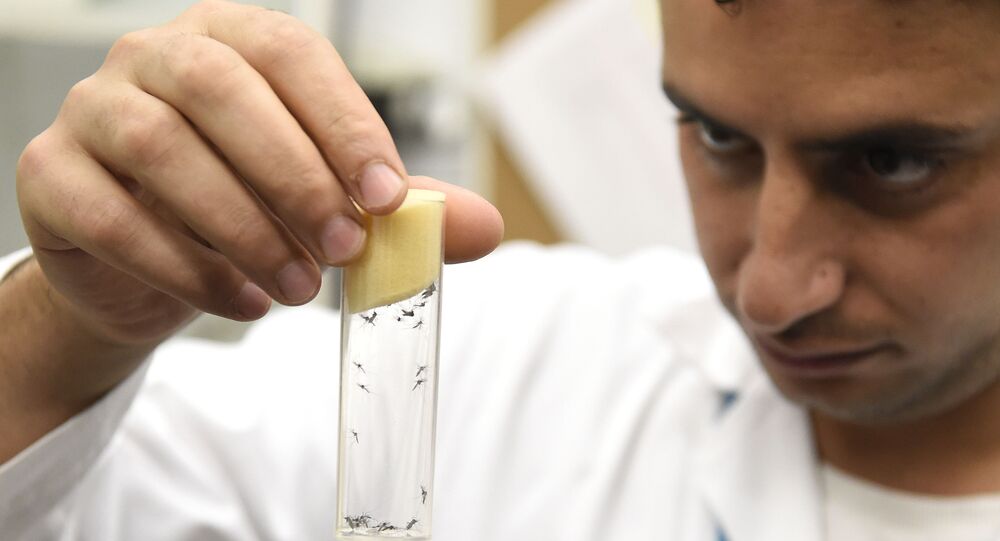 Google is fighting back against the Zika virus by unleashing 20 million lab-created mosquitoes into the wild. The flying insects will be unable to reproduce as they are sterile, and the hope is this will help decrease the number of Zika spreading mosquitoes.

The project which is titled Debug, will be the biggest US study involving mosquitoes infected with Wolbachia, a common reproductive parasite.

© AP Photo / Fernando Vergara
A health worker sprays insecticide inside the home of a woman diagnosed with the Zika virus in Acacias, Colombia

​​Cases have slowed down, however mosquitoes capable of carrying the virus — Aedes aegypti and Aedes albopictus — are spreading in the Americas, as well as in the southern parts of the US.

The mosquitoes will try and mate with the wild females, but the eggs laid will not hatch, which will cause the mosquito population to decline over time.

A million mosquitoes will be released over a 20-week period, a similar exercise was performed by CMAD and Mosquito Mate in 2016, but this time due to Verily's involvement the project involves 25 times more mosquitoes.

Verily have developed an automated mass rearing process for the mosquitoes, which will mean they can sort them by sex, and algorithms will control on-the-ground devices that will release and distribute the male mosquitoes evenly over two neighborhoods, stretching 300 acres in size.

​Aedes aegypti was first spotted in central California in 2013. It's an invasive species originating in Africa, but has since spread to other tropical and subtropical regions.

It is an effective vector for carrying diseases like dengue fever, Zika and chikungunya. The viruses are blood-borne and are reproduced in the mosquito's stomach and spreads when a victim is bitten.

​Aedes aegyptis are likely to bite several times before they are full, increasing the chances of the disease spreading. Females lay a cluster of up to 200 eggs near water, up to five times during its lifetime, making it easy for the population to increase rapidly.

There have been 5,265 Zika cases reported in the US so far from people who have traveled and contracted the virus elsewhere. However, there are two states — Texas and Florida — who have recorded cases transmitted by local mosquitoes.