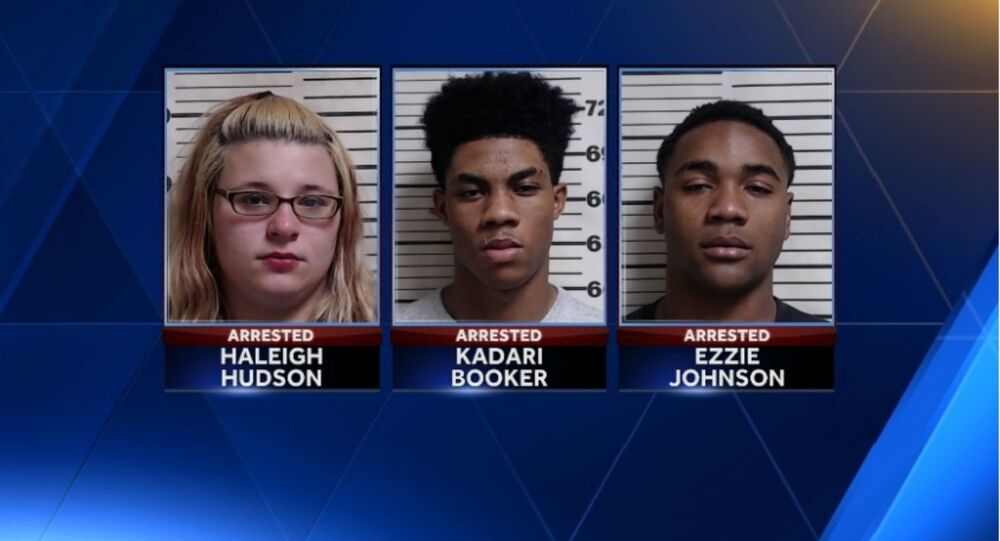 Mississippi police say that three teenagers wanted in connection with a Facebook Live video stream showing a woman being physically and sexually assaulted are now in custody.

Kadari Fabien Booker, 17, was arrested and charged with kidnapping and sexual assault as well.

Officers responded to an assault report Tuesday around 11:46 p.m. local time, when they learned that the attackers were streaming the 23-year-old woman’s attack on Facebook. Johnson, who is accused of filming the attack at Hudson’s home, will be tried as an adult.

Though the video was pulled from the online platform, a copy that was reposted to Facebook on Wednesday garnered roughly 48,000 views. According to the Clarion Ledger, the video shows Hudson beating the victim after she refused to perform sex acts on a male in the bathroom.

"I can’t help but be disturbed by the incredible numbers of shares and views of this crude and despicable event," Gulfport Police Chief Leonard Papania told reporters on Wednesday. "We videotape pain and suffering, then we share it and then we view it over and over."

He added, "Once again we are witnessing the dark side of social media."

In early April, two juvenile males were arrested after a 15-year-old girl in Chicago was raped on Facebook Live. Later that month three arrests were made following a similar incident in Sweden.