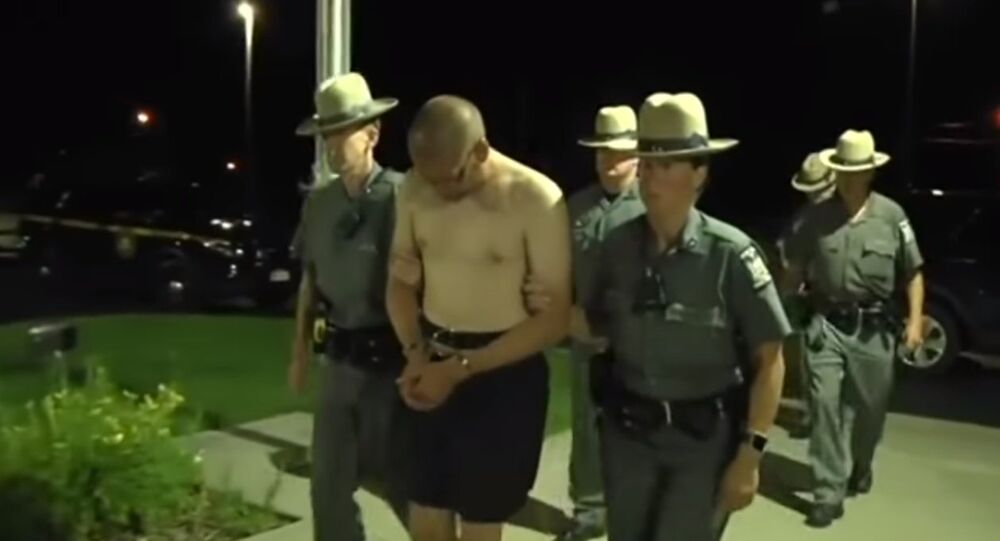 Authorities confirmed Monday that a US Army soldier killed his wife and a state trooper who responded to reports of gunshots during a domestic dispute at the couple’s property in rural upstate New York.

Staff Sgt. Justin Walters, 32, surrendered without incident on Sunday and was charged with two counts of murder. Police say that a second woman who lived on the property was shot as well but her injuries are not life threatening.

New York state police superintendent George P. Beach II said that 36-year-old trooper Joel Davis arrived at the Walters’ property near the Canadian border in Theresa, New York, around 8:00 p.m. local time, and was shot once and killed as he approached the residence.

Davis graduated from the Basic School of the New York State Police Academy in 2013, eventually receiving an assignment near Fort Drum in in Philadelphia, New York. He is survived by a wife and three children.

Justin Walters is a combat veteran who has been stationed at Fort Drum since joining the US Army in 2007. In January 2009 and March 2011 the Zeeland, Michigan native did one-year tours in Afghanistan with the 10th Mountain Division's 1st Brigade, which is housed at Fort Drum.

Nichole Walters, Justin’s 27-year-old wife, was found dead at the scene with multiple gunshot wounds. Two children at the scene were found unharmed.

Walters didn’t have a lawyer present at the arraignment and is being held without bail at the Jefferson County Jail. He told the judge that he didn’t know why he was in court.

"Trooper Davis served as a member of the New York State Police for four years and his death is yet another sad reminder of the risks law enforcement officers face each day in order to protect our communities and serve the residents of this great state," said New York Governor Andrew Cuomo in a Monday statement, saying that "the entire New York family grieves" for the slain officer.

The Democratic governor also ordered that all flags at government buildings be flown at half-mast in Davis’ honor.

Jerry Mikels, a friend of Nichole’s from their hometown of Mattydale, New York, said Nichole was a dedicated mother. "She got along with everybody,” Mikels said. “If she knew you needed help, she would help out. She was there for my wife when she had cancer."