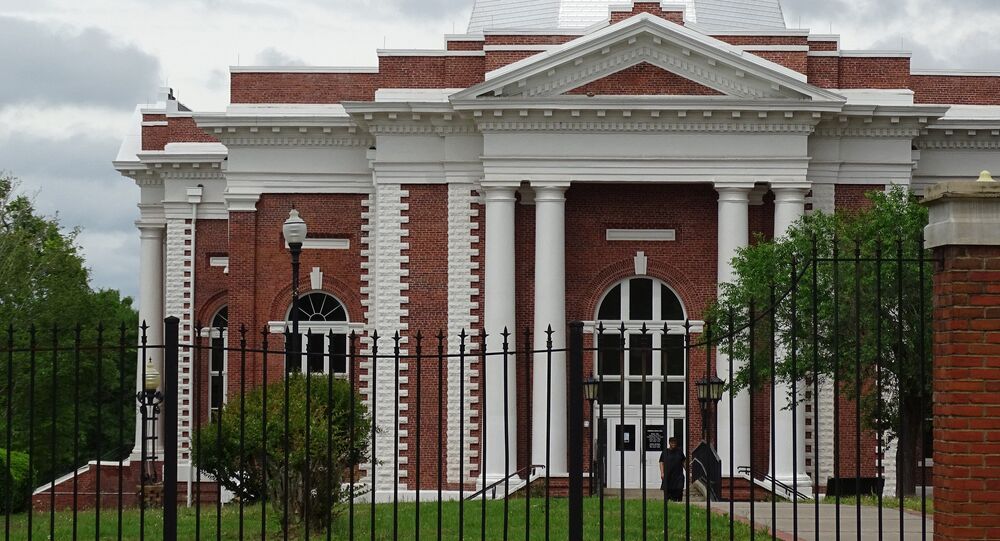 As Americans celebrate Independence Day, it's likely few revelers will be aware the date also marks the 136th "birthday" of Tuskegee University's founding, in 1881. The institution provided higher education for black Americans in former Confederate states following the the Civil War, and stands as one of the country's premier universities in 2017.

The school was established as the Tuskegee School for Colored Teachers, the vision of former slave Lewis Adams and George W. Campbell, banker, merchant, and former slaveholder, who despite his background remained committed to the education of non-white Americans.

While lacking formal education by law, Adams could read, write, and speak several languages, and was leader of the African-American community in Macon County, Alabama.

Having fought on the side of Unionist forces in the Civil War, Adams sought out formal education, then decided to create a school for the training of teachers in Tuskegee, Alabama. He named now-renowned Booker T. Washington — educator, author, orator, and adviser to US Presidents — leader of the new university.

Firebrand Washington went on to purchase a former plantation, and make it the permanent site of the campus. Under his direction, his students genuinely built their own school. Over subsequent years, he expanded the campus, and it has since been designated a National Historic Landmark.

The significance of Tuskegee University to the subsequent Civil Rights Movement cannot be underestimated — in June 1963, then-President John F. Kennedy invoked the institution's history in an address announcing the deployment of troops to the University of Alabama, then blockaded by white anti-integration activists.

Given its substantial historic standing, Tuskegee University's total omission from mainstream reporting on July 4 seems odd — the US media has not noted the anniversary, and even the University itself hasn't deigned to mark the occasion officially on its website — although given the secret history of the institution, this apparent faux pas isn't perhaps so surprising.

Between 1932 to 1972, Tuskegee collaborated with the US Public Health Service in a secret experiment to see how non-whites reacted to chemical weapons compared to "normal" white soldiers. Participants recruited to the study were subjected to a number of poisons, including mustard gas, and infected with a number of diseases, including syphilis, then told they were being treated for diseases they contracted, when in fact merely the progression of their disease was being monitored.

The test subjects, recruited with the promise of free healthcare, were only given placebos (such as aspirin), despite penicillin becoming the recommended treatment for syphilis in 1947 — and the Nuremberg Code the same year establishing basic ethical principles for medical research involving human subjects, such as informed consent, in response to Nazi doctors such as Josef Mengele forcibly performing gruesome experiments on prisoners in concentration camps during World War II.

Researchers went as far as convincing local physicians not to treat the participants. No effective care was provided as the men died, went blind or insane or experienced severe health problems due to their untreated diseases. By 1973, 128 participants had perished, at least 40 spouses had been diagnosed with the disease, and 19 children had inherited the disease at birth.

In 1973, Congress held hearings on the study, and the following year surviving participants, along heirs of those who died, received US$10 million each in an out-of-court settlement. New guidelines were also issued to protect human subjects in research projects.

On May 16, 1997, then-President Bill Clinton issued a formal apology for the study — five of the study's eight surviving participants were present. Though the secret program was declassified in 1993, documents released in 2015 opened up the scandal further. The final participant died in 2004.

It would not be the first or last time the US government conducted unethical experiments on humans. MK-Ultra — sometimes referred to as the Central Intelligence Agency's mind control program — was the code name given to a program of experiments on unwitting and unwilling individuals, aimed at identifying and developing drugs and procedures to be used in interrogations and torture, in order to weaken the individual to force confessions through mind control.

In his opening remarks in a 1976 Congressional hearing on MK-ULTRA, Senator Edward Kennedy dubbed the effort "an extensive testing and experimentation program."

"[This] included covert drug tests on unwitting citizens 'at all social levels, high and low, native Americans and foreign. Several of these tests involved the administration of LSD to unwitting subjects in social situations," he said.

Perhaps unsurprisingly, almost no records remain of the project. Records of all MK-Ultra activities were destroyed in 1973, at the instruction of then-CIA Director Richard Helms.

Two lawsuits arose out of MK-Ultra and made it to the US Supreme Court. Both were unsuccessful.

In 1985, the Court held in CIA vs. Simms, the names of the institutions and researchers who participated in the project were exempt from revelation under the Freedom of Information Act due to the CIA's need to protect "intelligence sources."

In 1987, in United States v. Stanley, the Court held a serviceman who volunteered for a chemical weapons experiment, but was actually tested with LSD, was barred from bringing a claim under the Federal Tort Claims Act.

A similar initiative was also employed during the Vietnam War — dubbed the Phoenix program, the CIA used a combination of interrogation and psychological torture techniques to develop the Kubark Counterintelligence Interrogation manual. The document became public in 1997 during Congressional investigations looking into US-supported human rights abusing regimes in Central America during the 1980s.